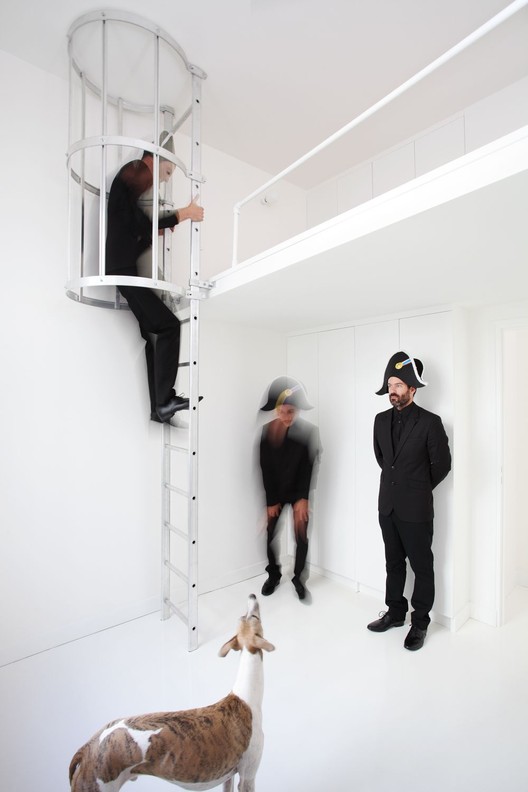 Text description provided by the architects. FREAKS has been commissioned to work on the transformation of a 170sqm flat downtown Paris, Rue de Rivoli. The Rue de Rivoli, which goes from Place de la Concorde until Place de la Bastille, has been built under Napoleon the 1st. The very first part of the street, facing the Jardin des Tuileries was his own property and he might have lived here or there in one of those chic flats.

The order was to transform that high ceiling stateroom into a familial flat, including two new children bedrooms in addition with the parents one. Therefore, the main target was to create new connections through the rooms ; some doors have been closed, some others have been pierced to avoid the typical dead-end distribution system. The service rooms on the backyard, at the end of a long and narrow corridor, have been transformed into the children area, to which one can acces by the service door, turning that part into an independent space within the flat. The bedrooms made profit of the high ceiling by embedding mezzanine, on which one can access by using a crinoline ladder.

A new kitchen + bathroom have been placed on the street side. Most of the existing moldings have been painted in white. The very cute Venetian style boudoir has only been renewed.

One of the main interventions consisted in opening the new kitchen towards the dinning room while taking charge to use a contemporary architectural language within the space. No furniture or decoration were required, only a dozen of industrial waterproof neons (Sammode) with a special brass cladding have been used on the dinning room and billiard room walls.

"We're getting more and more bored by the nice shots where everything is so clean, with the perfect Scandinavian-design chair, the perfect white orchid, the perfect art book on the table”.

"Napoleon supposedly having lived there was a running joke among the building team and us, that's why we decided, the three of us, to sort of perform the photo shoot wearing Napoleon-style hats." 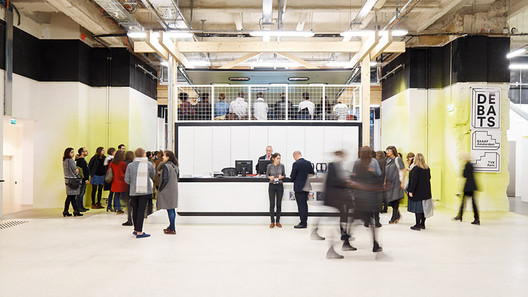