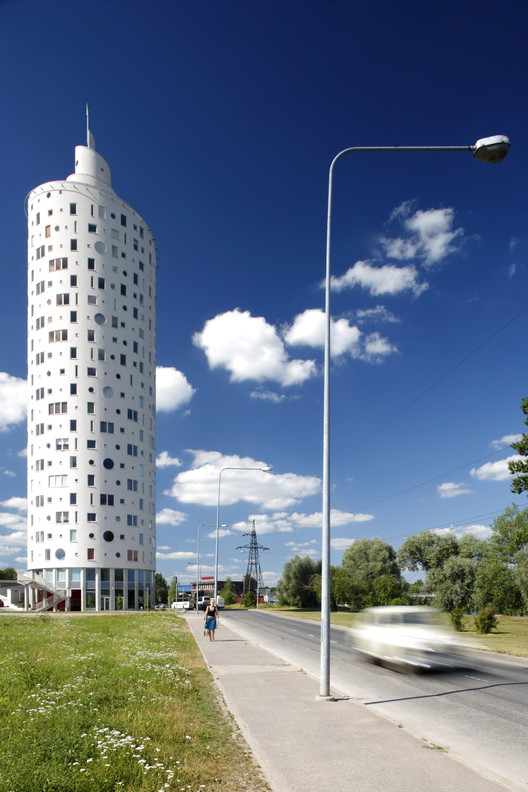 Text description provided by the architects. The building consists of a 23-storey vertical block with flats and some offices, and of a horizontal parking house on four levels. On the north-east side, the building is bordered by a road and by the River Emajõgi, and on the south-west, by the Science Centre Ahhaa. The ground plan of the tower is a spiral. Thus a symbolic building emerged, where the spiral is expressed in the sculptural form of the upper part of the tower. This spiral sculpture contains the idea of the entire project.

The powerful tower gave the town of Tartu a new dominant feature. This dominance should certainly radiate good energy and constitute a suitable crown for the intellectual university town. From times immemorial, the spiral has been a dynamic symbol of both micro- and macro-cosmic life force. Spiral forms occur in nature from galaxies in the sky to tornadoes and maelstroms, from coiled-up snakes or conical seashells to man’s fingertips.

The spiral motif dating from the Neolithic period has been found in many European dolmens and stone engravings. Inhabitants of the Irish area used the spiral as a symbol of the sun. Spiral is linked with the idea of death and rebirth, by entering the mystical heavenly chamber, passing through its heart and re-emerging the same way. Sacred dances imitate this movement, and many European folk dance steps therefore use spiral movement. The spiral has always been a symbol of the development of life. It indicates that life develops from a point and revolves around it, constantly increasing.

This powerful spiral image at the top of the building is supported by an oblong horizontal of the parking house and the cupolas, by the globe, and by the cylindrical and cubical protrusions of the Science Centre. The composition as a whole should leave an impression of something that human beings might have at some point experienced – in childhood, travelling in distant lands, in a dream or in an earlier experience. The architectonics of the complex should reflect optimism and a positive mood. The flats are arranged around the central core, their radial walls expanding the view. Most flats have two or three rooms, some upper-floor flats have four rooms with terraces. All flats have splendid views of Tartu. The windows are organised in a singular, somewhat jazz-like key. The upper spiral balcony has viewing apertures, the whole room here is tense and dynamic. 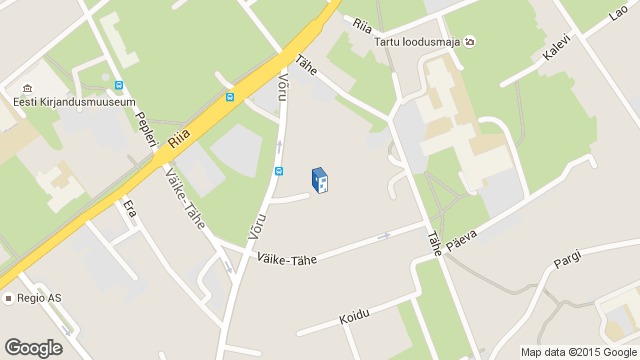