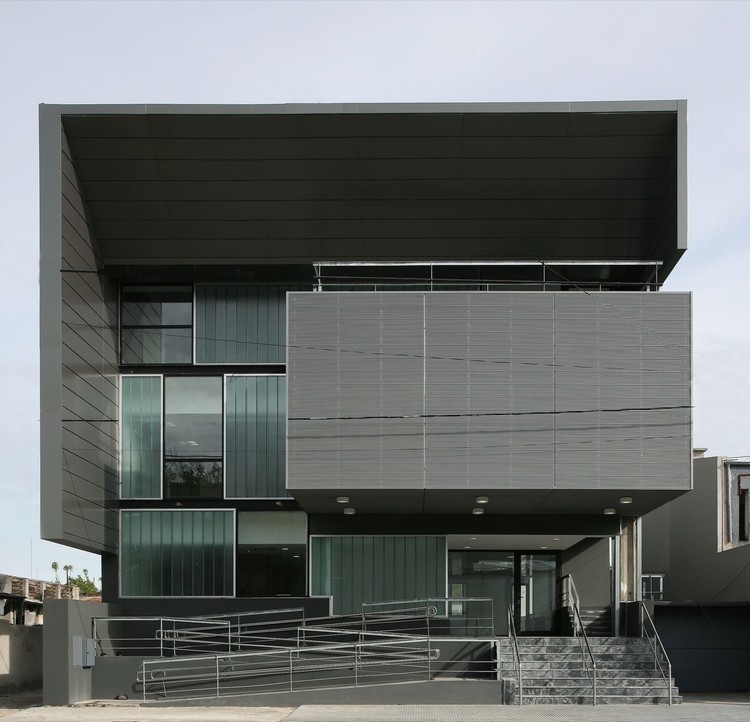 Text description provided by the architects. Identity of the Public

In an old structure we needed to harbor the future offices of a public institution.

It was an important conditioning to achieve a proper functioning of flexible public offices so we could fulfill the actual technology requirements for this kind of use and with the public representation needed.

With the scope of the work, it was likely that the companies capable of carrying on with the construction weren't local or that they would need to subcontract from other parts. For that reason, the technical resolution of the building required a certain simplicity and the possibility of the majority of the work to be done in workshops, in order to facilitate the moving of fragments or components and therefore improving its execution.

The solution was to regulate the superior part of the structure, eliminating the concrete water tanks and the top slab, so the building could be wrapped in a light metallic roof finished in titanium zinc sheet.

The roof plate is vertically on top of one of the side facades of the building and over one of the mid-walls. Not only this unifies the image but a tall gentry is generated in the building access, changing its scale and providing a public character that contrasts with the absence of a contemporary public architecture that dialogues with the buildings existing in cities like Pehuajó.

This situation repeats throughout the Buenos Aires Province, and corresponds to other historic stages that can be seen in old buildings like the Nación Bank, institutional buildings or churches that have shown that public spirit, surrounding plazas of our cities and inner province towns.

The irruption of contemporary objects in these traditional cities isn't simple. Nevertheless, by giving a different character of the public presence that belongs to the actual times, a new image effect is incorporated, providing a transforming message, and modern injection. 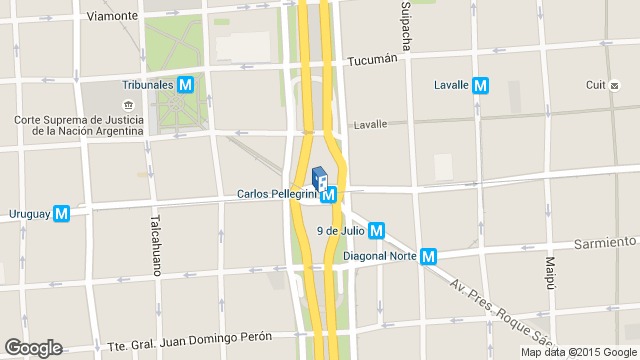