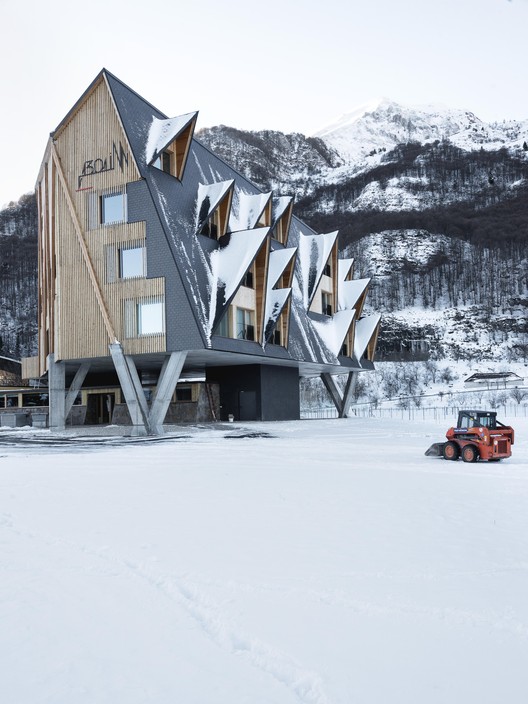 Text description provided by the architects. The all project tries to bring in a new aura, in a town developed in the seventies for mere lucrative purposes. A place that gives its best when snow covers the eyesores of architecture arrogance .

Just like a child, the building will play with snow, compacting and piling it in specific places, pre-defined by the shape of roof and facades, ice will be part of the game and stalactites the ornament of the building not only in Christmas time.

The partial demolition of the original building allowed us to use the ground floor as a entrance, with all those functions connected with governance and services of the hotel. The size of the area is slightly bigger than the building  which covers a surface of 1000 square meters .

The hotel is composed of 37 bedrooms for a total of 99 beds, an entrance lobby and a big cafeteria, another important hall is located at the first floor overlooking the landscape and the sport fields.

The rest of the building  bridges the old part; on top of a concrete platform, suspended just enough from the old structure, it has been designed to evoke the aura of old mountain structures but it is in deed the result of quite a sophisticated technological and structural thinking.

The shape of the roof, its capability of keeping and-releasing water, snow and ice, the orientation of the rooms according to the sun position and-or the views and the progressive changing of the facades, due to time and weather, were the elements on which we put our effort in order to be able to define, in the best possible way, a layout for the functions in the interior of the hotel.

Internal space came to be of easy use and we were able to put down plans, facades and sections that once built give back that sense of “mountain chalet” and that aura that we were so willing to find and bring out. 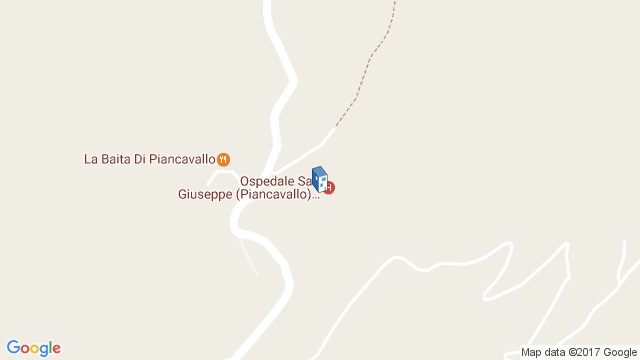