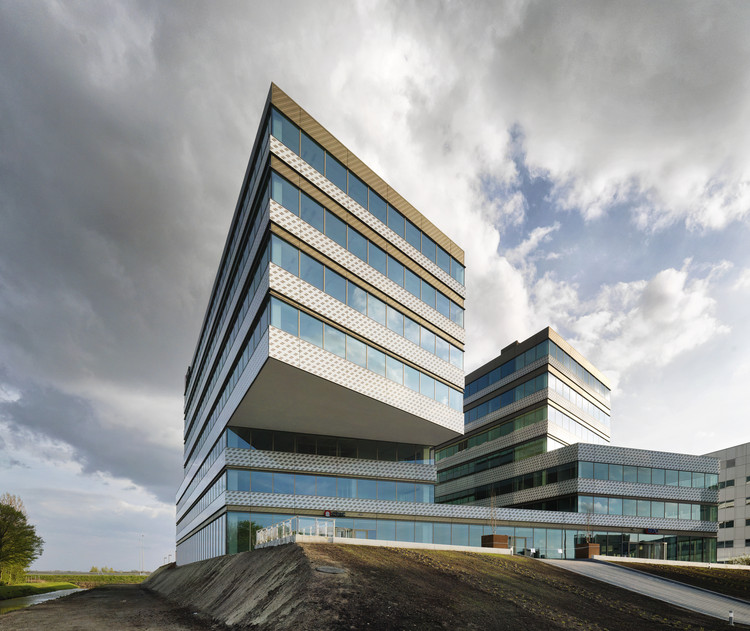 Text description provided by the architects. The Building is situated in the business park Pettelaarpark. Its location facing the ringroad A2, means it is being seen from various angles.

Although a single building was planned on the site, two separate owners joined forced to develop the site. The resulting massing reflects the wishes of the clients to create two independent building, while providing the unity the urban planners envisioned.

Alternating spandrels of white glass and bronze coloured metal emphasise the layered massing. The pattern on the glass spandrels and the texture on the metal panels create a refined image that becomes more interesting as one moves closer.

The office floors have been laid out to maximise flexibility with compact cores and free structural spans. At ground level where the buildings connect lobbies, meetings rooms and a restaurant have been arranged around a central patio. One of the users has positioned its restaurant on the third floor making use of the south-facing roof terrace, overlooking the green meadows at the other side of the motorway. 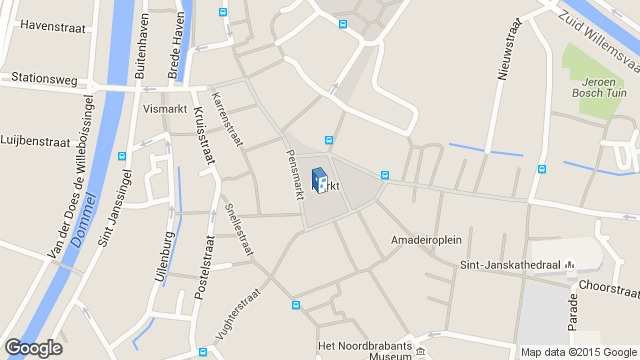 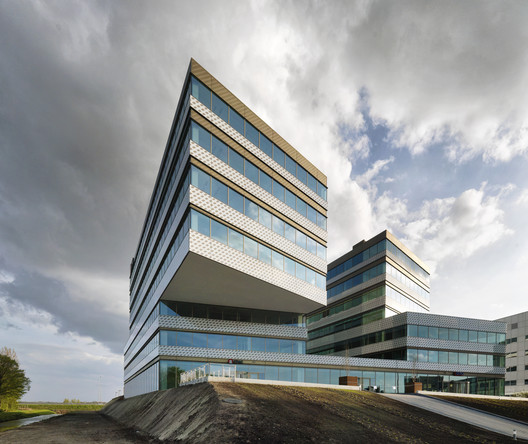