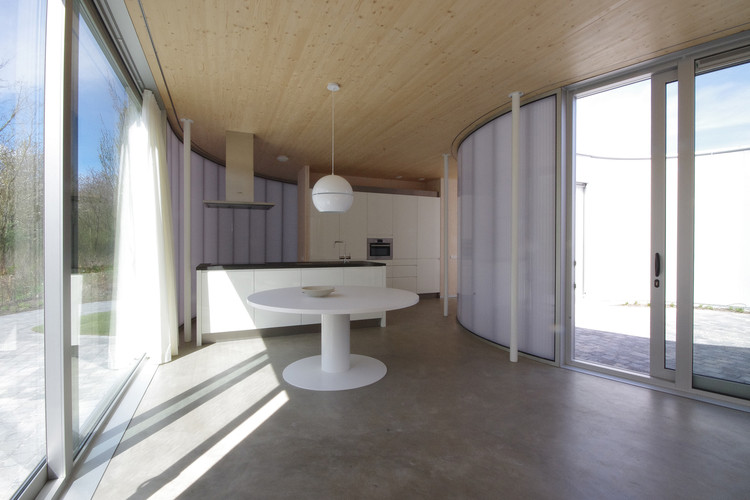 Clearing is a small detached house in a wooded setting in Almere, near Amsterdam. The location is an open space in the woods between the centre of Almere and the Markermeer.

The facade of clearing  is completely translucent.

Clearing  is one of the winning designs of an international competition for experimental housing titled De Eenvoud (simplicity). The competition has been organised by the Comité de Fantasie and the Architectuurcentrum CASLa in Almere.

The assignment of De Eenvoud

The brief called for a design for a detached house, in which the participant`s own desires and fantasies are effectively realized. Here, a detached house is understood as a condition for achieving simplicity, not as an expression of status. The new neighbourhood De Eenvoud provides the space for twelve unique houses which stand for a manifestation of human self-expression and the pluriformity of society.

The idea of clearing

The idea of clearing is the translation of the existing landscape setting of an open space in the wood into a smaler scale. With a strong relation to the evironment the house itself is an open spot in the wood. Living takes place in a room between the wood outside and a clearing in the centre.

The design of the plan is the result of the play of two lines. The continuous interaction between the interior and the exterior facade creates a simple foor plan which has no edges. The generated space is both continuous and also changing at every turn, a single open space or several interpenetrating spaces which are always different. The facades are completely translucent. So one can feel the wooden environment, the change of the daylight and the change in the weather inside.

In consideration of the topic of the architectural competition clearing is a very simple house. It consists only of a few elements: one floor, one open room, one type of facade, one slab of wood as a roof and only a few details for the construction.

On the other hand clearing creates complexity and multiplicity: an unpredictable space, a facade that can be modified from transparent ortranslucent to opaque and manifold relationships between inside and outside. 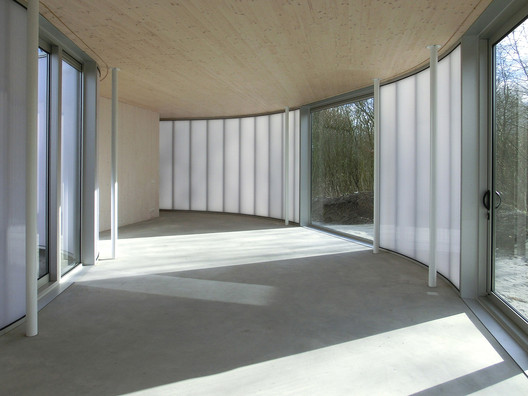