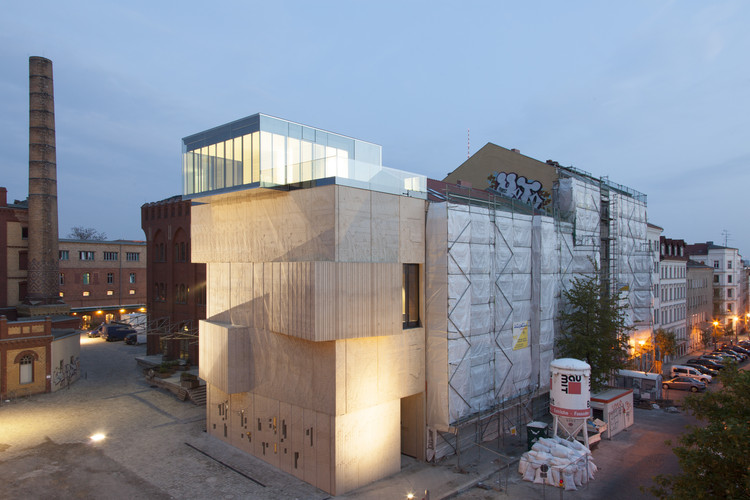 Text description provided by the architects. The private Museum for Architectural Drawing will open its doors for the first time on the 4th June, 2013 at Pfefferberg in Prenzlauer Berg, Berlin

Berlin and Moscow based renowned architect Sergei Tchoban, has joined with Sergey Kuznetsov of SPEECH Tchoban & Kuznetsov, to create a space for architectural drawings. The new museum will provide a home for the internationally renowned Tchoban Foundation collection as well as for temporary exhibits from leading cultural institutions around the world. Architect and passionate collector Tchoban has finally realized his dream to create the ideal setting for architectural drawings.

The Museum for Architectural Drawing at Pfefferberg takes its place alongside the rich array of important cultural institutions in the capital. The museum’s new building is located at the western entrance to Pfefferberg from Christinenstraße, the site of the former brewery between Schönhauser Allee and Teutoburger Platz in Prenzlauer Berg. This area has developed since the 1990s from a non-profit organization to become a centre for Berlin’s cultural scene. Today numerous studios, workshops, agencies, galleries and event-spaces are gathered within the listed industrial buildings and vaults around the renowned Architecture Forum Aedes, with its research and convention centre, Aedes Network Campus Berlin.

The striking construction is extended from a fire-wall and latches onto a row of typical old Berlin houses. The Museum for Architectural Drawing is a four-storey solid corpus with a glass floor stacked on top. The profile of the four floors is reminiscent of casually piled up blocks. The building’s silhouette is created by a regression and progression of façade elements, and demonstrates a freedom of form that relates to the conventions of the neighbouring historic Berlin buildings and yet is unorthodox and minimalist in its gesture.

The Museum for Architectural Drawing is an exceptional example of contemporary architecture in its construction, design and choice of materials. The powerful expression of its formal language cannot be overlooked though it still responds sensitively to its surroundings. The coloured concrete and glass façades of the building are rich in contrast and layers. Its closed surface is detailed with strong magnified fragments of architectural sketches in relief form. The museum has a floor area of approximately 490 square metres, and contains an entrance area, two exhibition rooms, the museum depository and a conference room.

The Collector and the Collection

Sergei Tchoban, born in 1962 in Saint Petersburg, developed a passion for architectural drawing during his student years at the Russian Academy of Arts in his home city. Here he discovered his love for the old Masters and began himself to draw. In 2001, the purchase of a drawing by Pietro di Gottardo Gonzaga was the foundation stone for his collection. Since then, the collection has grown to include several hundred sheets from different periods: from architects of the 16th century to the present day, from Cerceau to Gehry.

The Tchoban Foundation was founded at the end of 2009 with the aim of keeping the interest in architectural representation through drawing alive and to support young talent in this field. Together with the founder Sergei Tchoban, Dr. h. c. Kristin Feireiss, founder of the Aedes Architectural Forum and Dr. Eva-Maria Barkhofen, director of the Architectural Archive at the Academy of Arts, Berlin, two experts highly esteemed in and beyond their specialized fields, form the foundation’s board of trustees.

The Museum for Architectural Drawing will show three exhibitions annually. These will comprise exhibits from its own collection as well as loans from international cooperation partners such as the John Soane‘s Museum, the Hermitage and the École Nationale Supérieure des Beaux-Arts in Paris, which in turn will present exhibitions from the Tchoban Foundation in their galleries. 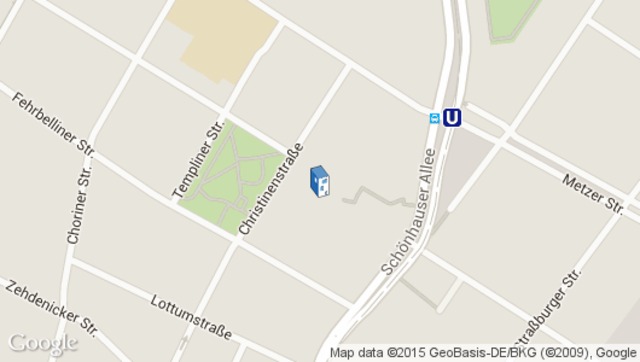