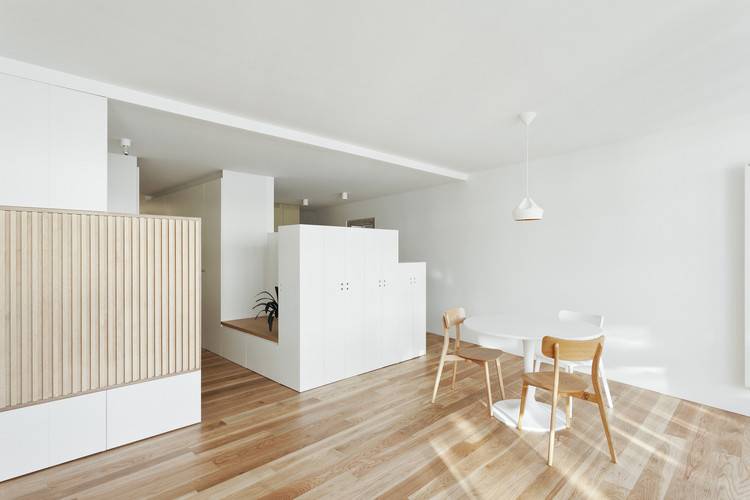 Text description provided by the architects. LIGHTING UP SPACES

Our first aim was to be able to comprehend the existing house, a space fragmented in small rooms with little light, to then visualize it as one single premise full of light. With this concept in mind, we decided to use the most out of its lighting possibilities using the two existing natural light sources in the house. The gallery facing north and three small openings on the east and west sides located on the thick stone walls. On one side, the house extends to the gallery embracing the sun light and the views of the old town. On the other side, the small existing windows are perceived as a whole, creating a space with pleasant and changing brightness throughout the day.

Under this new concept, the house is conceived as a collection of spaces with specific character. All laid out in a continuous way so they can benefit from the confluence of the different sources of light. The rooms become visible due to the articulations and expansions of the space through furniture design. In this way, the room is always acting as the foreground leaving the following rooms as second and third backgrounds, which give density and depth to the space.

The furniture harmonizes and allows to a continuous perception of the space. The existing stone wall, with its lime mortar texture, it is shown to its fullest, connecting the living room – kitchen – master bed room in a sequence of spaces. The new and continuous carpentry work, smooth and satin finished, organizes the living room – entrance – dressing room – study room sequence.

Three existing pieces act as objects trouvés interacting with the new elements and giving to the dwelling its own character. The lareira, traditional Galician stone fire-place, turns into a resting place in the study room. The original kitchen´s hydraulic tiles are rearranged creating a tapestry which extends throughout the new space in the kitchen. The  wooden gallery integrates visually with the interior space through the new carpentry work, which serves as a filter between the indoor and outdoor environments. 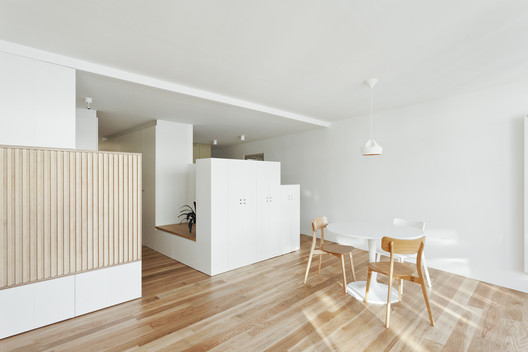