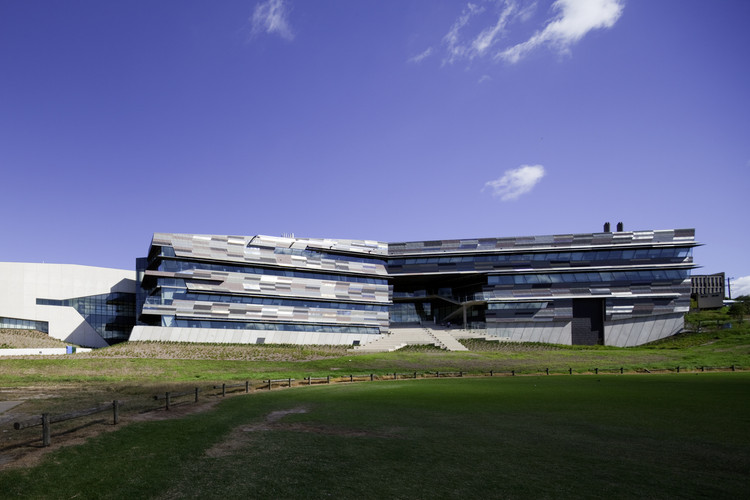 Text description provided by the architects. The new Exercise Science and Sport Precinct and Learning Commons Project for Victoria University creates a new presence for the Footscray Park Campus to the north. The new building defines an edge similar to that of a medieval walled hill town. This definition provides a strong image and address to the campus. Gesturing to the community beyond, the new building is a portal providing both visual and physical connectivity into the campus.

The project also creates a new centre to the campus.  A large courtyard sits to the south of the building, around which is wrapped a giant folded glass façade. Inside is a vibrant and diverse learning focused environment that supports both informal and formal learning with a series of spaces. The new building incorporates a number of highly specialised laboratory spaces for the School of Human Movement Recreation and Performance.

An intimate understanding of the exacting requirements of each laboratory space was gathered and the spatial definition of these repeatedly tested with the Client.  The building itself might be considered a sort of giant apparatus for a scientific experimentation, including a lofty 11 metre high Biomechanics laboratory with an integrated operable box truss and camera, and climate controlled chambers engineered to simulate depleted oxygen, high humidity and extreme temperature environments.

This $60M development incorporates a range of environmentally sustainable initiatives and has achieved a 5 Star Greenstar Certification.  A thermal labyrinth and chimneys support a mixed mode ventilation system that services a new open plan workplace environment for academic staff.  The façade to the north is constructed from folded zinc and aluminium panels coloured with reference to the landscape setting.

The building sits on the old Maribyrnong River escarpment and just above the modern flood levels.  A site that was once relegated as a convenient rubbish tip inadvertently became an opportunity to re-imagine the university campus.  North facing, the breadth of the Campus and with an elevated aspect across playing fields and ever improving Maribyrnong River, the site beckoned completion.  A sweeping horizontal form pronounces a new outlook for Victoria University. 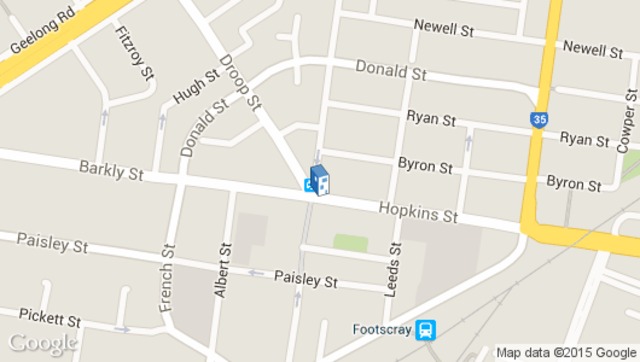 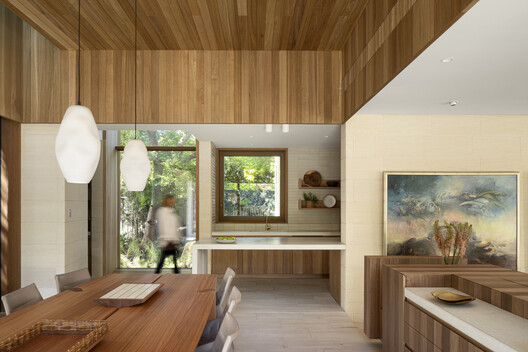 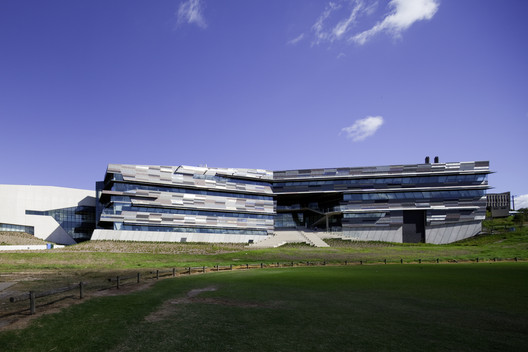