Snøhetta has released an updated, more "slimmed-down" version of the Golden State Warriors’ Stadium, which is scheduled to debut on a preeminent San Francisco waterfront site for the 2017-18 NBA basketball season. Located on Piers 30-32, just walking distance from the downtown Financial District and easily accessed by a variety of public transportation, the revised design has shaved off over 30,000 square feet of the venue's total square footage and increased public open space to nearly 8 acres, 60 percent of the 13 acre site.

The 695,000 square foot arena plans to please the masses by replacing the existing, "crumbling" pier with a network of open parks and plazas, complete with stunning Bay Bridge views. Not only will the 125-foot, disk-shaped stadium cater to Warriors’ needs, but it will also provide 90,000 square feet of retail space and a state-of-the-art events pavilion.

"From the beginning, we've said this arena will be world-class, incorporating the best in design, technology and sustainability," said Peter Guber, Co-Executive Chairman of the Warriors. "Snøhetta and AECOM have done a masterful job designing an arena and public space that will serve as the model for a 21st century digital sports and entertainment center."

“This new updated design lives up to the importance of this incredible waterfront site and fuses together the vision of the Golden State Warriors with the landscape of the bay and the input we’ve heard over the past several months from neighbors, community leaders and regulatory agencies,” said Craig Dykers, Architect and Founding Partner of Snøhetta. “Each design we’ve introduced has built on previous versions to create a place that provides for everyone: fans, pedestrians, bicyclists, tourists, local residents and the diverse community of San Francisco.” 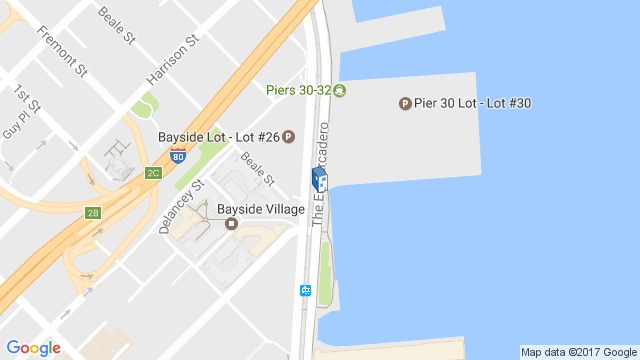