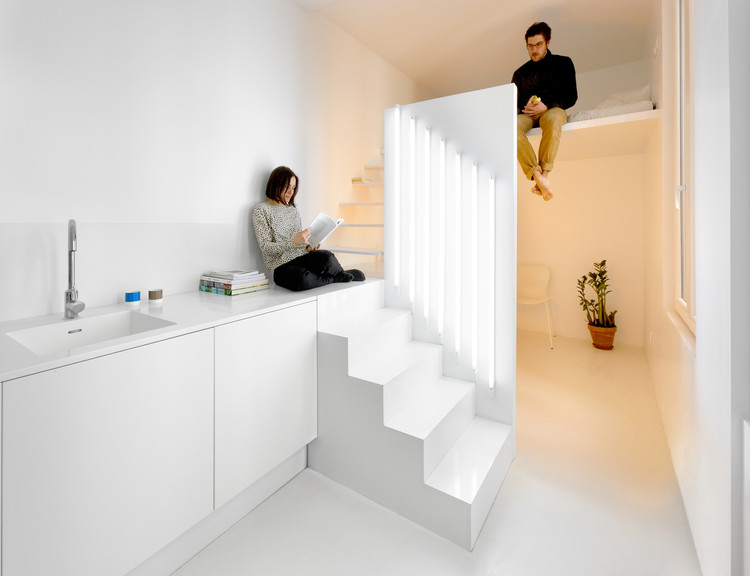 Text description provided by the architects. Spectral apartment is a renovation project of a small Parisian studio, in which the lack of natural light led the client to ask us to intervene particularly on the issue of artificial light.

To do this, we chose to adopt a radical and binary approach by studying the spectral qualities of two different sources of artificial light.

Although often overlooked, since hardly noticeable in everyday use, the color rendering index, abbreviated CRI is one of the fundamental criteria for evaluating light. It depends more precisely on the spectral power distribution of light (SPD) and was identified in 1948 by the Scientific JP Bouma, then qualified by the International Commission on Illumination (CIE). The CRI of a light describes its ability to reflect accurate color of a surface. Bouma noticed that daylight was much better to estimate the colors and the work of the CIE established its value to 100 to determine the scale of CRI. Thus, a light with high CRI, close to 100, can render the colors properly (homogeneity in the spectral power distribution), while a low CRI is synonymous with loss of color range, so a disappearance of colors.

So in the manner of architect Philippe Rahm, the idea is to explore from an objective and scientific point of view the spectral qualities of these various light sources, and then to create an architecture that considers and even uses their special qualities.

The case of low-pressure sodium lamps (LPS) is in this particular. This system is extremely popular because of its particularly high efficiency (amount of light compared to consumed electricity) and it is used for the illumination of cities along the streets, roads and highways. Its characteristic color temperature gives this particular orangey shade to our nocturnal urban environment. However, these lamps have the lowest CRI, close to 0. This means that the light is monochromatic, in a wavelength of 589.3 nm, and cannot render any other color.

At night, along a road, we believe we can discern red from blue, but it is physically impossible with LPS light. A photo taken with such a light is monochromatic and necessarily, so to say, in black and white. Furthermore, for humans this wavelength is particularly suited to night vision, since the wavelengths around the blue (totally absent from LPS) induces a contraction of the pupil, limiting the amount of light perceived by the eye. After a few seconds of retina adaptation, the human brain rebalances the perceived color to produce a virtual spectrum, giving an impression of the scene as close as possible to objective reality. Now with LPS lighting, the brain has no other color to produce the virtual spectrum, so it literally produces a grayscale image.

So what does a space illuminated only in black and white become? What is the most appropriate architecture, the one that operates at best this particular artificial light. It is known that LPS lighting makes police work more difficult on the road at night, as distinguishing the color of a car is impossible. But one could imagine very intensely lit places where it would not be useful to perceive colors, and where this feature of artificial lighting would be known and controlled. Similarly, certain types of fluorescent lighting tubes with high CRI should be used for places that have been developed taking into account the abundance of some spectral peaks.

In our project, the first phase consisted of a division of program elements according on their spectral needs: which uses need a good color rendering, which spaces can be content with a very low color rendering? This first classification generates a hierarchy of space: on one side the kitchen, the living room, where distinguishing colors is required, on the other hand the bed and the shower where monochromatic light suffices.

This bipolarity between high and low CRI becomes the crucial element of space composition. Holding two separate light sources, a simple 2m high wall divides the studio and generates this composition. On one side an over 90 CRI lighting (940 fluorescent tubes) with a neutral color temperature (4000K), on the other side a warm light from low-pressure sodium lamps with zero CRI. Each of the two light sources produces about 16,000 lumens. The accurate analysis of the distribution of light in space then indicates the positioning of uses. Since there is no other source of artificial light in the studio those spaces are arranged in a form of free plan. As both sources can be switched independently, different lightning patterns appear, giving rise to unforeseen uses in particular areas of ​​the apartment.

The apartment is designed in a simple and neutral expression, without color or particular detail, annihilating any architectural expressiveness or narrative to leave only the logic of composition generated by light. 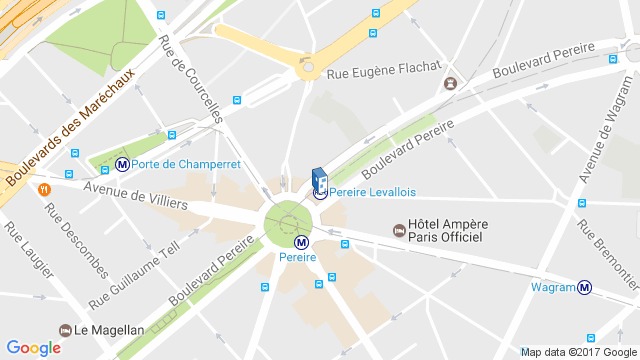 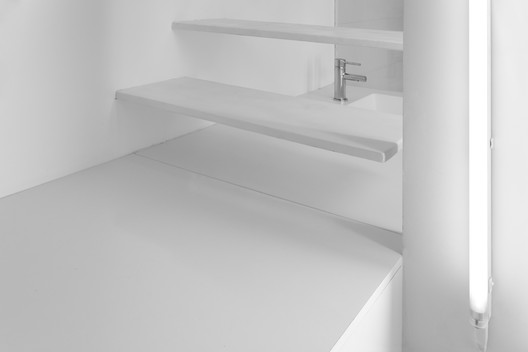