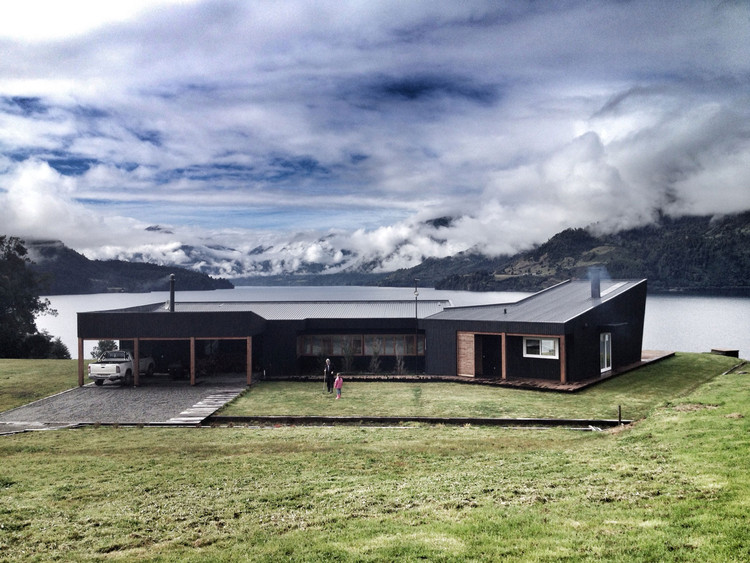 The commission consists about  a house on the south shore of Lake Rupanco, Region de los Lagos. The property is set in a single first floor and as a novelty seeks the permanent contact with the surrounding and the view. Besides minding that the house is emplaced and it is not a discordant element to the environment.

The platform is given by two independent elongated volumes articulated by the main entrance and lobby.

The longest volume goes parallel to the lake shore and is facing the best view and has an orient orientation, this volume contains the rooms, and the windows frame the beautiful view of the lake and mountains, all with access to an outdoor corridor that borders throughout.

The second volume makes a break with the rooms elongated volume  oriented  further north where there is a large window that turns to the mountains, framing the volcano Puntiagudo, for this, a double height volume in a common area where is the living room, dining room and the kitchen has been projected. This is a very bright area and is where the day program of the house will develop.

The entrance hall has a large window that receives the inhabitants of the house with the best view of the site and has direct access to the terrace.

To the west, there is an interior corridor that connects all the rooms with the entrance hall at one end and the service area at the other end. This corridor is protected from the west with a barrier of native trees (myrtle) that shelter the hall and at all times allows the inhabitant to keeps in touch with nature.

Projecting two terraces, a covered outdoor corridor facing the rooms and a corridor that skirts the entire housing allowing to circulate outside the house. The terrace that has access from the hall is protected on three sides by the same house, surrounding it to protect it from strong winds in the area.  A more exposed second terrace makes as a solarium and a more recreational area on  the lake,  balconing with a better view.  The exterior corridor gives every room a protected space itself as a balcony. 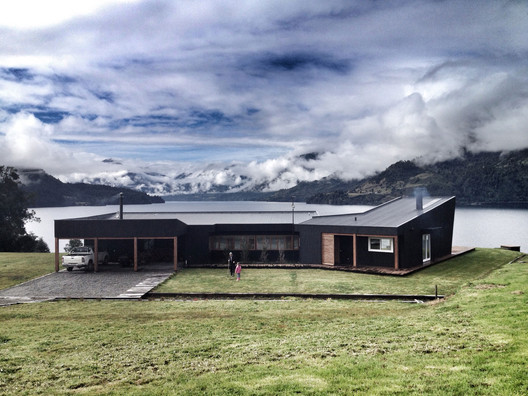