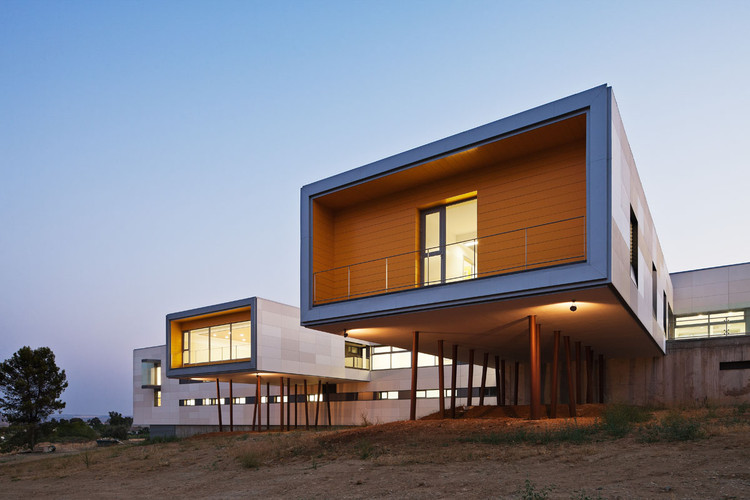 Text description provided by the architects. The thinking around those who will inhabit the building, its typology and its relationship to the environment could be considered the articulating origin of the project. In fact, understanding the building as a permanent residence, and not just as a health building has been central to its development.

The Center for the Mentally Handicapped in Alcolea is proposed as an extension to the existing building based on an ideas competition held in 2004. The competition allows, in a way, to select the location of the building. Understood as a decision of great importance, we analyzed the options and rejected the first option, which is the lot south of the present center. From the drafting team, we proposed the site with the best relationships with the Alcolea valley and its surroundings. To the north, the canvas background of the Sierra de Cordoba. To the east, the landscape generated by the steep drop to the valley and the hillside across the Guadalbarbo stream offers views of greater significance. To the west, the buildings of the present center offer protection from the most aggressive sunlight.

In this situation, it makes sense to use a typology capable of making the most of these site conditions. As for the inhabitants of the center, it is very important to take into account the uniqueness of their character and the difficulties it implies. For the mentally handicapped who reside in the center, this is their home, and it must be considered as such. Its look and incorporation as a therapeutic tool for the user is a key determining factor in this project. This is why the response of the building to such an inescapable claim is as natural as obvious. Far from being enclosed in crossed views around a central cloistered courtyard, the structure of the architecture and its function establish a bridge of constant views open to its environment.

The topography has been used as a tool to generate the functional organization of the building. The great north-south block naturally settles on the ground, taking advantage of the height differences in order to create the different levels of the building, the access level for visitors and the level for building facilities. Thus, the top floor has no secondary uses, it is a continuous lookout at the access level of the existing streets, which will house residents.

Because many of them need ambulatory assistance, we decided to layout all the rooms, uses and areas directly related to the mobility of residents on this level.

Taking advantage of this scenario, in which the topography is characterized by a pronounced slope down to the south and east, we propose the division of the traffic entrance on two different levels. At level 02 (elevation +4.00), we propose an exclusive entrance for clinical personnel, ambulances and vehicles carrying residents with disability problems. At this level is the clinic laid out adjacent to the parking area, the bedroom area on the three core modules and all the rooms where resident activities take place, in order to avoid accessibility problems in the routine use of the building. The circulation is through a longitudinal lobby that protects the most important rooms from the west sunlight through storage spaces. Each housing module has a day room connected to the courtyard or solarium, a cornerstone from which the residents can see the landscape of the valley through glass enclosures, flanked by the walls of the adjacent modules. Following this circulation to the south, the last modules are connected to the lower access level, as they are meant for uses more accessible to nonresident users, like the visiting room and dining room. 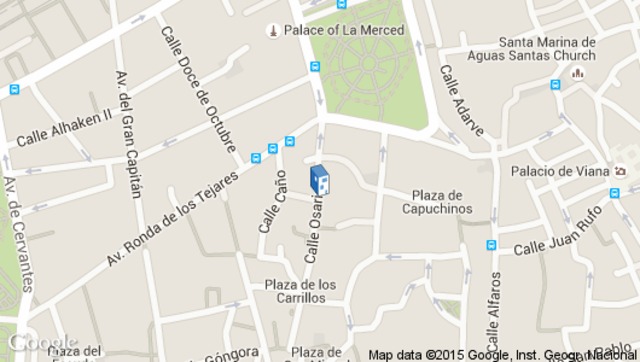 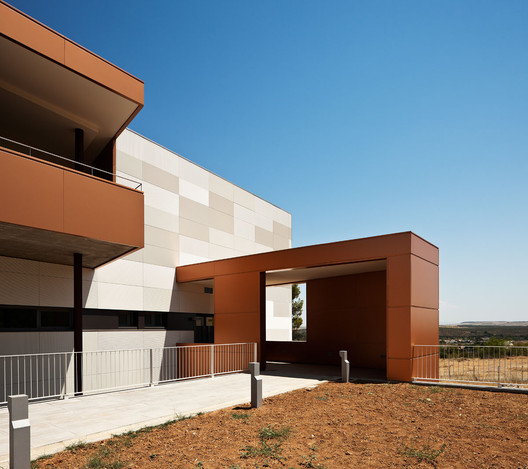