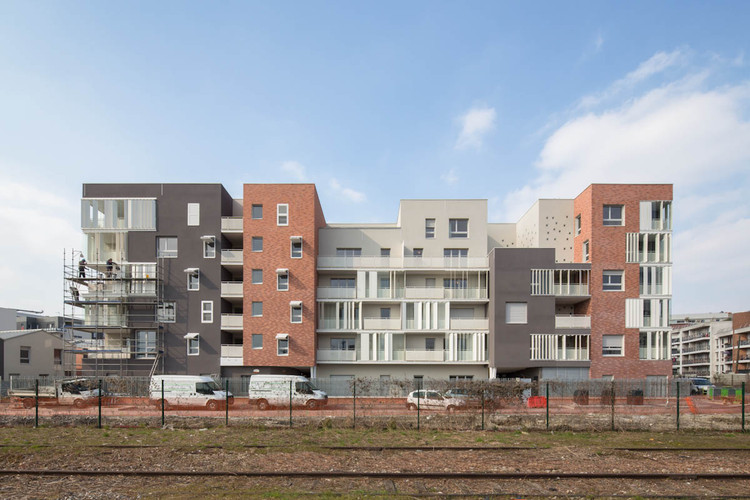 The project is part of the Landy Sud housing development in Saint-Denis and is one of the last to be completed in this rapidly changing area. It is ideally situated, bordered by two railway lines (the RER B regional commuter train service to the south and the high speed railway line to the west), and offers stunning views across Greater Paris. The empty space left by the railway lines means the landscape can be enjoyed uninterrupted, from the outermost limits of Seine- Saint-Denis to La Défense, via the heights of Montmartre and the city's historic quarters.

The project occupies a corner plot that seals off the sequence of existing buildings and defines the central area of the development. Two different types of building have therefore been designed: a 6-storey apartment block in the corner and a group of individual houses in the centre.

The project forms a link between the historic city and the development taking place in the Stade de France area, and aims to make the most of the site in order to create housing of the highest quality. The notions of comfort and identity, recurrent themes for the agency, are at the heart of both the project's concept and the buildings themselves.

The south façade of the apartment block (54 homes) comprises a variety of sizes, shapes and depths: a series of small units of different textures and colours that can be perceived in a number of different ways. The outdoor areas, one for each home, are treated as entirely separate rooms, each with a system of concealable glass and aluminium panels that play a role in both temperature regulation and sound proofing. This interface with the outdoors also offers superb views across the surrounding landscape. The inner façade is more uniform, with the separate apartments distinguished only by windows of slightly varying size.

The 16 houses come in a variety of configurations, both adjoining and detached, in a reimagining of the old industrial buildings that were previously located on the site. They are either oriented east-west or offer views on three sides, and have well-proportioned gardens. Depending on their size (4 to 6 rooms, plus kitchen and bathroom), some of the houses have double-height rooms that enhance the sense of homeliness by linking all the rooms together.

The variety of shapes and sizes continues outdoors, with a network of pathways criss-crossing the plot and bordering the gardens, which are terraced in the communal area and laid out flat for the houses (the underground car park is limited to the apartment block).

The buildings are partially constructed from thermal insulating concrete and meet the French BBC low-energy standard. Rather than through the use of technical equipment, comfort has been created by focusing on orientation and passive features, such as shutters that project out from the façade when opened to create a shaded area. This attention to detail is also reflected in the choice of materials, based on a rich yet complementary palette of grey and white coatings, expanded metal, and terracotta in three different colours, used to create a unique, shaded design, brick by brick, that gives the façades their dynamic appearance. 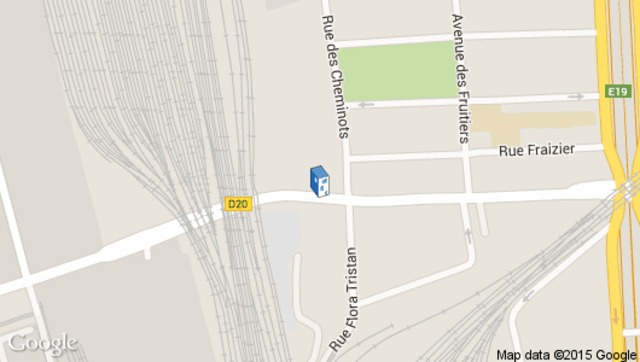