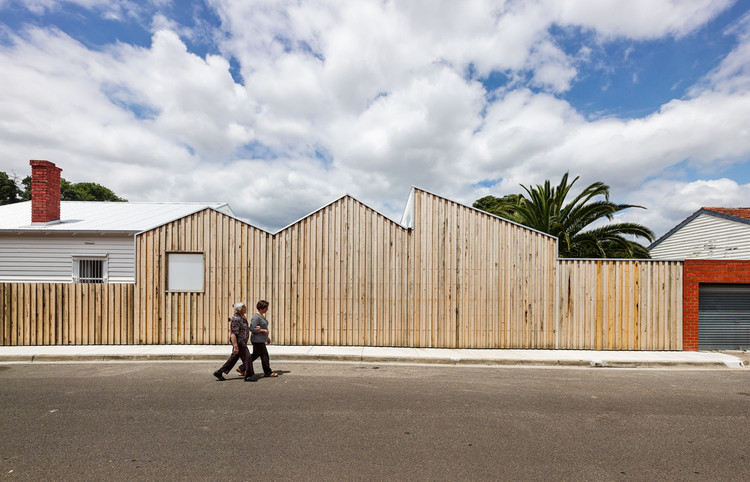 Seeking an addition to their typically dark Californian Bungalow, the clients emphasized the sustainable performance of their future home. Accordingly, they described a space with a feeling of openness, lightness, and visual continuity, connecting their home and landscape.

These values were reinforced by their professions, one specializing in environmental site characterization and remediation, and the other practicing alternative medicine.

Located in a semi-industrial zone, the site offers visual proximity to the area’s brick and corrugated iron warehouses. Some warehouses and factories are still operational, whilst many lie dormant and in disrepair, ripe for either their imminent demise or redevelopment into multi-storey apartment blocks.

A strong internal vertical profile extrudes to form the western elevation. Clad with rough-sawn overlapping Victorian Ash timber, this distinct contour continues along the western boundary as the defining architectural expression of the Profile House, whilst delivering on the brief of a secure building. The defining character of each internal space is the high undulating ceilings, these, assisted by a central wharf-decking courtyard and smaller light-well to the west, allow natural light to penetrate throughout the entire plan.

In addition to the retention of three front rooms and central bathroom, the plan now features a re-worked kitchen and dining area, an informal children’s area, and new living space. A new main bedroom, ensuite and private garden are also incorporated.

The overall design strengthens family engagement and visual communication, reinforcing the relationships between space and activity.

In addition to dependable design strategies such as careful plan orientation and cross ventilation, solar hot water and water harvesting systems were also included, as well as the use of north facing thermal mass in the main living space. Natural material choices and finishes of low embodied energy including: un-seasoned, un-milled Victorian ash timber, and bamboo flooring through-out the addition adhered to the client’s environmental stipulations.

A refreshing change from housing that simply maximizes developer returns, neighbours have responded appreciatively to the low scale design, whilst maintaining the areas built integrity. In a subtle move the project further softens the corner, with the use of the timber in the boundary wall, juxtaposing against the materials of the factories.

This compact, economical and highly livable outcome was a result of inclusive dialogue between all consultants, the builder, architect and in-particular the client. 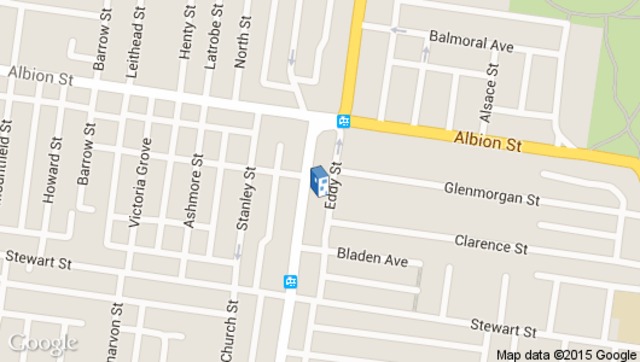