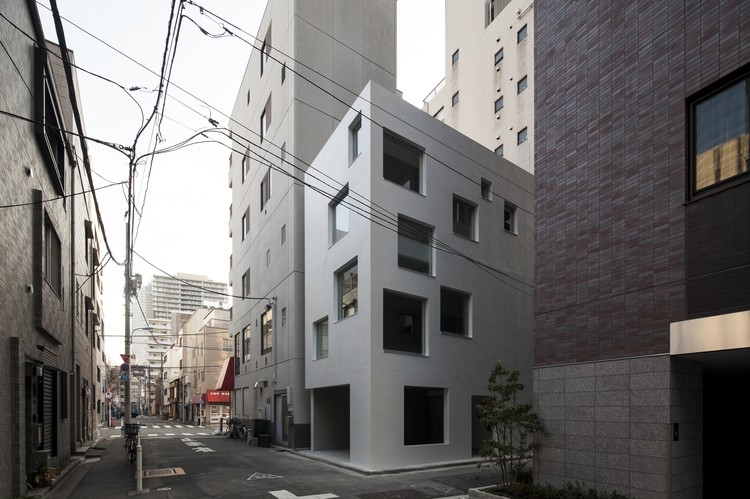 Text description provided by the architects. The high-density business district in Tokyo where a skyscraper and collective housing are built. The site is also overlooked by the apartment of 10 floors and is under the severe condition that the building of 7 floors takes up south. However, it was likely to be responded to positively that it is a corner lot along which the road of 6M passes along east and the road (it may be better for this to call it an alley) of 3M passes north.

At the alley of the north, it is mixed with a high-rise building and dotted also with the building not more than 10M. This is the result of density growth urban planning. The volume of the house was determined in the form belonging to the latter "10M Scale" in consideration of the program demanded and restriction of urban planning.

The next theme is "lives comfortably, securing privacy in a city" in the volume.Since the site was a corner lot, the countless window was prepared in the corner of the building which can gain a "view." The window size is variously larger than usual, and the degree and density are increasing, so that they approach a corner. A city and interior space melt together and a boundary is lost.

Simultaneously, the scale of space, an interior material, and a detail are also going to use a city scale, and make it a city is not only open, but conscious of "it lives in a city." In the environment which is not good, a tough and pure house is likely to praise a family's courage and is likely to carry expectation on the back. 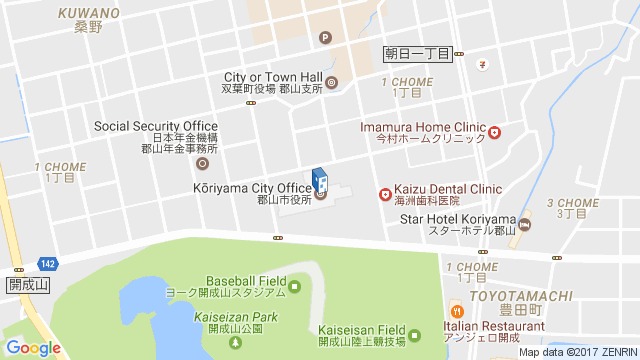