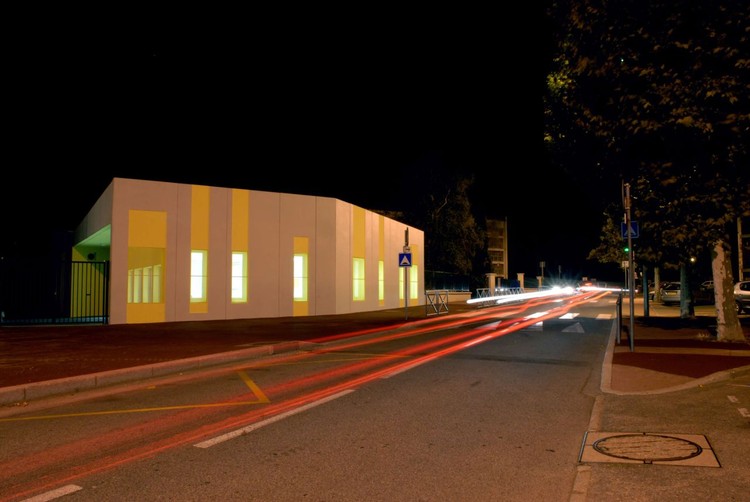 Text description provided by the architects. At the age of 28 and 29 years, the two partners won their first public contract for the expansion of Marie Curie kindergarten in Oullins (Rhône, France). Delivered in September 2009, this operation involves the development of an existing part and the demolition of a prefabricated structure, replaced by an extension of 238 square meters area. To deal with narrowness of the land, enclosed between the previous building and a street corner, the team took advantage of the maximum volume to base the general drawing on the surrounding’s composition lines: slope roof, street alignment and closed facade on South side. The resultant volume is a simple shape under a unique envelope hiding a programmatic diversity: storages and bathrooms on the old building side; classrooms and dormitory of thirty beds on street side. The proximity of the public space induces a significant relationship to the outside which is solves with perforated steel panels used as filter. Each «event» on facade and window, is processed by a negative calpinage and highlighted by the yellow anise color. A functionalist approach, where aesthetic is dedicated to function, rewarded with a nomination at the 'first works' category issued by Moniteur Magazine (French Architectural magazine).

“To deal with the tight budget (330 000 €), the concept was simple: develop the compactness of the building by carving it, as you peel an apple. The main idea was to create a strong identity without using expensive process.”

To stick to the budget envelope, a zinc cladding has been drop in favor of concrete pre-walls to obtain a homogenous, smooth, and almost shiny texture. The massiveness of the concrete is treated by the introduction of transparency with perforated steel panels, which allow seeing without being seen, while reinterpreting the traditional image of the window.

On the construction site, the two architects took back their graffiti spray abandoned at the end of their studies. Unconvinced by the subcontractor in charge of this lot, they decided to do it themselves! On the surface of the concrete diamond, they sprayed a special paint designed by a chemist. Applied in August, it become slightly dry before reaching the wall, forming tiny droplets with glitter effect, unexpected but welcome! The contrast between the gray areas, almost mirror, and yellow anise color strips is explosive! 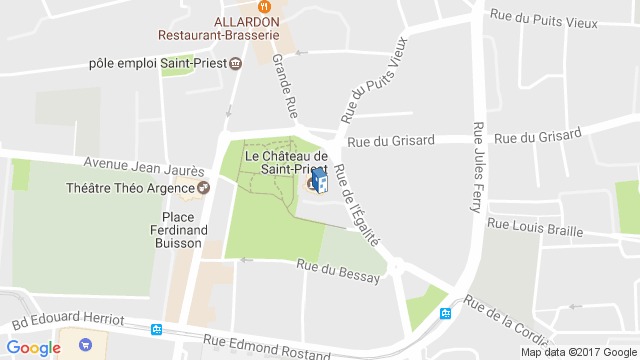