Text description provided by the architects. The University of Segovia occupies a great lot in the suburbs of the historical city, before occupied by the Barrack of Artillery. It is a place characterized by the absence of public spaces, this project tries to resolve this problem generating a cultural focus, a great covered square which use does not limit itself only to the students and teachers but to the entire neighbourhood.

Around the mentioned square are placed the classrooms, and in the center, the library, principal cultural reference of the University. This one is formed as a multiple space, constructed inside the global space and consists of a pit on which three suspended cubes contains the reading spaces. 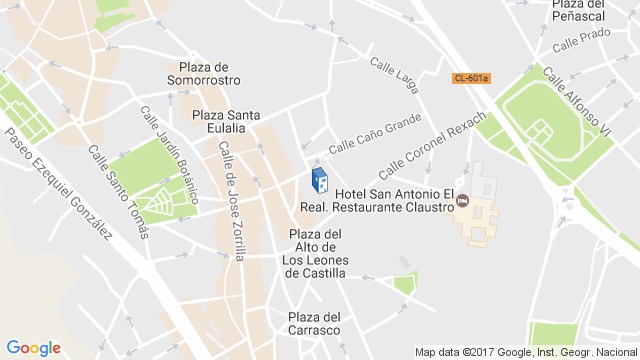 Location to be used only as a reference. It could indicate city/country but not exact address.
Share
Or
Copy
About this office
Ricardo Sánchez González
Office
•••
José Ignacio Linazasoro Rodríguez
Office
•••