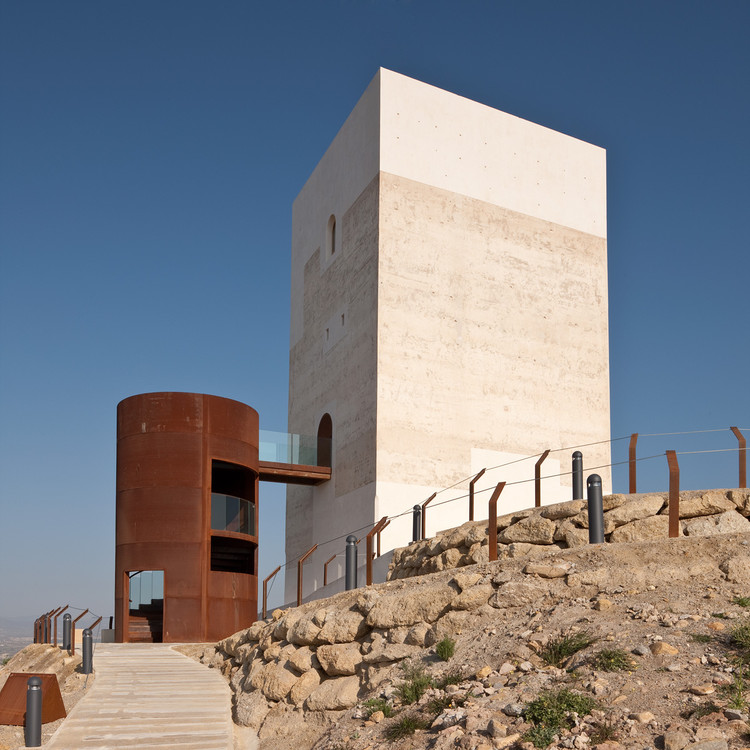 Text description provided by the architects. The “Torre de Huercal Overa” dates back to the 13th century: it was built by the Arabs when the Nazari kingdom reigned in the south of the Iberian Peninsula.

Situated on the edge of a cliff, the existing remains were part of a bigger fortress now disappeared. This raised enclave was part of a defensive belt since ancient times: in the surroundings there are archeological remains dating back to the bronze age.

After the fall of the Nazari kingdom the fortress lost its main function and slowly deteriorated, subsequently falling in a state of dilapidation. During the Spanish civil war it was used as a bunker and several openings were made to fire machine guns. The tower was privately owned during the last fifty years and the proprietor carried out a number of significant alterations to suit his needs. In recent years the municipality gained the rights of property and commissioned the project for the restoration.

The main aim of the project was to make the tower accessible, and encompassed the repair and restoration of the original building. The criteria followed were to preserve as much as possible of the original materials, removing modern elements and resurfacing the original mud wall and brick fabric. Give the archeological importance of the site, new additions are made as removable objects, placed directly onto the ground without foundations and made with contrasting materials with the ones the original structure was built. Instead of reconstructing, the project emphasizes the new additions and states the lost pieces.

The project tries to reuse the existing topography to minimize ground alteration, so the parking area is set at an existing plateau at the end of the access road. A monolithic cor-ten steel box is placed to house the information office. Like a shipping container, it is intended to show its removable, traveling nature.

From that point, a pedestrian path was traced with the help of the archaeologists. Together with the guidelines they provided, the topography of the site traced itself the path to follow. The chosen layout looks for a gentle slope and creating flat spaces to rest and look. The trail is paved with pre-casted concrete tiles. Stone like benches are set along the way, emerging like part of the mountain.

The original entry to the tower was four meters above ground level. To restore this access, a new weathering steel staircase is built. It is conceived as a light, removable object with a contrasting nature with the existing building. In opposition to the solid, quadrangular materiality of the tower, the staircase is a rounded, rusty, temporary structure. Like a foreign object, its materiality reinforces its provisional nature.

This steel cylinder is punctured in order to create controlled views into the landscape. In a sort of “promenade architectural” through the structure, visitors are invited to enjoy the beauty of this barren landscape lashed by the wind.

The interior of the tower was significantly altered in recent years. The projects objective was   to remove all the additions, close newly made openings and remove the plaster coating that hid the original fabric. The original interior staircase, which was partially demolished, is rebuilt based on the typology found in similar towers.

The floor was covered with late twenty century tiles that were taken out: a new floating wood floor is placed instead, detached from the original walls.

After removing the plaster coating on the walls, the original brick fabric emerged.

The use of colour and materials in the interior intend to create a warm, welcoming feeling in contrast with the hash, introverted nature of the building’s exterior.

This simple yet emphatic intervention is intended to show the strength of an ageless construction, made by anonymous builders with simple materials, as well as to emphasize the provisional, light, degradable nature of the contemporary. 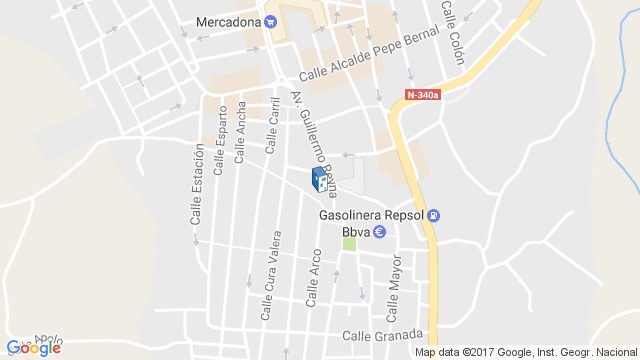 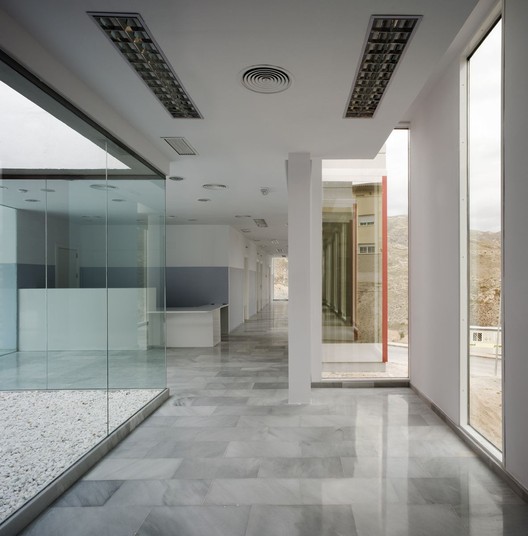