Designed by Taller 301 and Land+Civilization Compositions, their main idea for the Central Mosque of Pristina is to re-interpret the elements that constitute the Mosque, without pushing the limits of the already established principles of Islamic Architecture. Located in Kosovo, a country rich in tradition and has confronted tough issues in recent years, the project intends to look back, and to see the way forward. More images and architects’ description after the break.

In Islamic tradition, the circle is the perfect geometrical figure representing, in an abstract way, the perfect God. The circle and the light are the integrative elements of our design. The mosque, being the focal point of the community, creates/nourishes everyday life around it. In addition, the mosque itself should be of a modern quality, like its users and the buildings it sits amongst.

The base that the prayer hall sits upon relates its program to the adjacent uses, binding them all together. Continuing this line of thought, a Hamam is incorporated to our design, the shops are solved in an Arasta typology, both are tying it further to its community and its history. This way, the mosque contributes and gives way to the development of the city.

A Fresh Reading of History

The tradition of a dome, a revak, and a courtyard are very strong in Mosque architecture. These traditional forms are kept, but modified to adapt the site/context, and given a more contemporary formal quality.

MimarSinan used domes for two reasons: to create the largest possible uninterrupted, unified, homogenous volume and to maximize the light in the space. The design strives to his original intentions but uses modern technology to achieve the forms.

Prayer being an individual and a collective activity, at the same time: People communicate with Allah in many ways. The prayer hall responds to this diversity in its design. A gradient of spaces allow for intimate moments of private reflection and for a collective space of grandeur.

The site context is diverse and the design relates to each in its own way – formal toward the main street, a magnificent interior prayer hall, and intimate and natural toward the back of the site. The different elements of the Mosque act together to form a collective / holistic gesture.Much like the worshipers themselves – a series of individuals coming together to form a diverse, yet harmonious whole.

This project will be locally grounded with its array of historical, yet contextual community programs. It will speak to its users by formally providing a range of spaces for relating to God. Simultaneously, it will be a symbol of the world of both Islam and Kosovo’s rich history, laying the groundwork for the future. 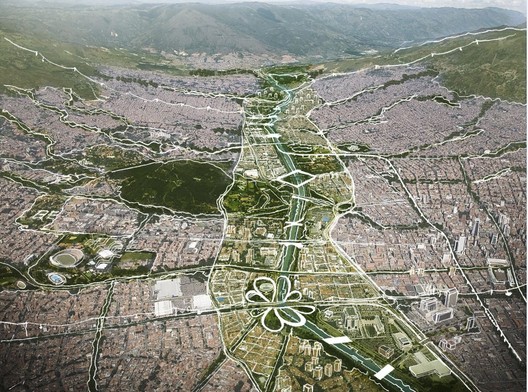 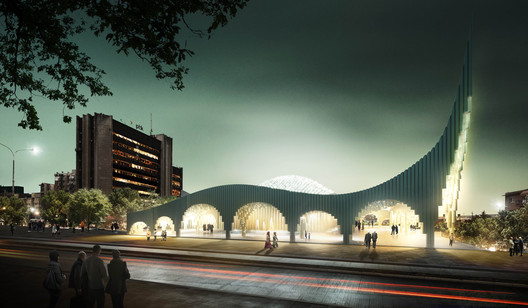