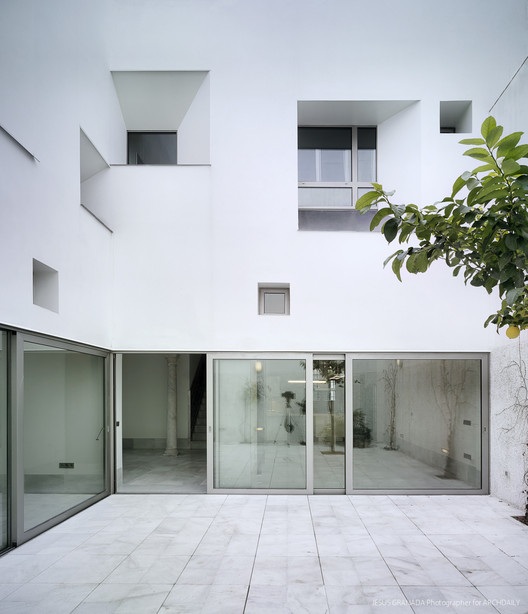 Our proposal starts with an existing traditional house enclosed between the side walls of two adjacent buildings in the area of San Lorenzo neighbourhood, in the Historical Center of Seville. The origin of the house dates to the late S. XVIII, but it has suffered several modifications in diferent times till the present.

The traditional houses in the historical city follow a typical pattern, a succession of voids with differents functions: Hallway (for carriage access), courtyard (distribution and stairs) and backyard (orchard). The proposal is based on the redistribution of  the rooms around the central courtyard, recovering its original typology, plus a clear succession of voids, lights, shadows, heights, materials, etc.

The proposed architecture tries to reflect the contemporary life and therefore to express the autonomy of architecture with the maximum care over the spatial context. It has been conceived as an architecture that connects the diferent structures that were built in different historical periods.

Our proposal tries to give a new character to the interior space and to bring to it a new meaning and more vitality, and as well to respect the character of the environment through the careful use of elements of local architecture. It take into account the necessities and limitations of the existing house, and it organizes the program and spatial solution around the conditions of the previous remains and the proposed program.

The new façades to the backyard tries to reflect the density and deepness of the ancient walls and façades of houses and convents of Seville.

Mass, void, light, material...The sort of perception of architecture that we are proposing bears mainly on these timeless values. 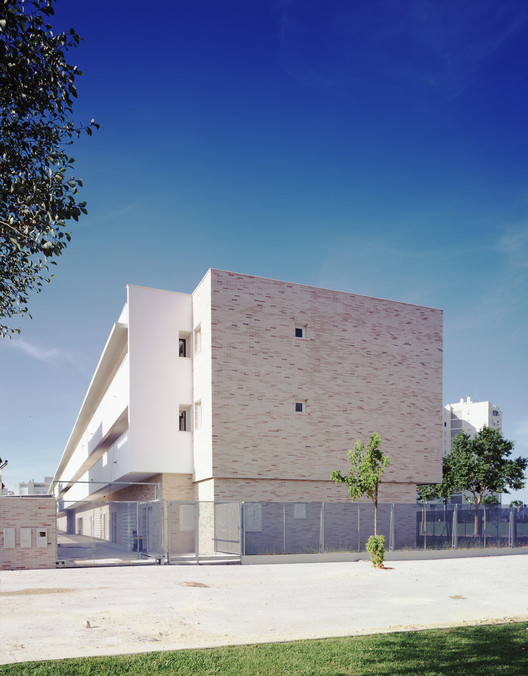