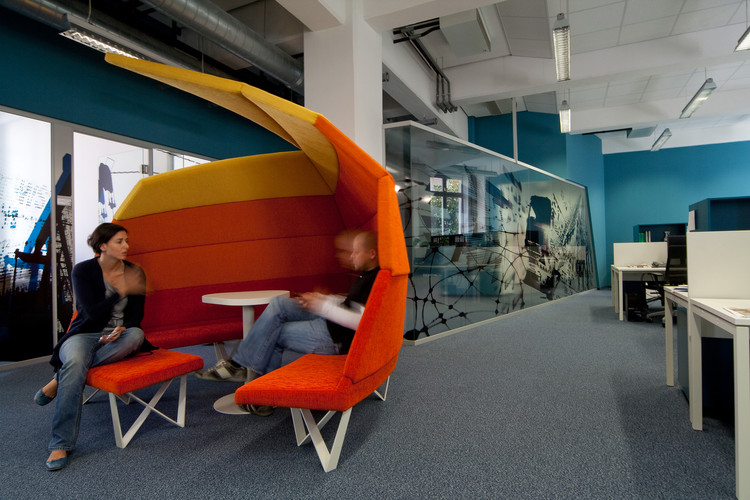 Text description provided by the architects. WirtschaftsBlatt is the Austrian leading newspaper which offers the latest economic, finance and financial market news.

In the world where work is increasingly independent of place and time due to modern information and communication technologies, the offices of the newspaper gain a new meaning. The space of the editorial office, which is defined by quick exchange of information, transparency, interaction, a dynamic approach and an innovative spirit, is determined by its final product. Creating the daily newspaper issues and all of its digital applications requires high quality offices in terms of their space and function.

"Change to a new spirit" is the guideline based on which the new office space of WirtschaftsBlatt is designed as a fresh, dynamic and open space, establishing the identity of the newspaper.

The functional concept of offices was dictated in part by the existing space. Therefore, the space is divided into three main zones – the central entrance area, administration part and the editorial office together with production.

The new space organisation creates a connection between open office space and introverted units with various functions (offices, meeting rooms, service rooms, etc.). Half-open elements for meetings, brainstorming, exchange of information and socialising, are located along the main communication axis, which passes through offices, and they link the space as well as create its visual and sound division.

The organisation and arrangement of each individual part of office space enables a maximum yet controlled flow of information. The open space provides the necessary sound and visual division of individual workplaces by mutual orientation and dependence in the space.

The office space is visually divided by subtle graphics, which link different elements into a whole at the same time. The graphic elements represent the iconised contents of WirtschaftsBlatt with the typical identification elements of Vienna and Austria.

Furniture design visually and functionally depends on both the existing space and identity of the newspaper. Its subtle design and mathematical arrangement enable transparency and openness of the space with a great deal of privacy of an individual workplace, especially in open office space. Colour emphasis establishes the diversity of the space and the connection with the newspaper's identity. Each individual zone in office space includes specially designed elements which follow their function and establish the central points of events due to their design, thereby dictating the dynamics and flow of the space.

Through the demanding implementation, which is reflected in a consistent architectural and functional concept in new offices, an important role was played by the austrian company M.O.O.CON GmbH.

The result of excellent cooperation in the project between the client and architects is an office space which embodies WirtschaftsBlatt with its architectural design, the design of furniture, the colour concept and graphics. 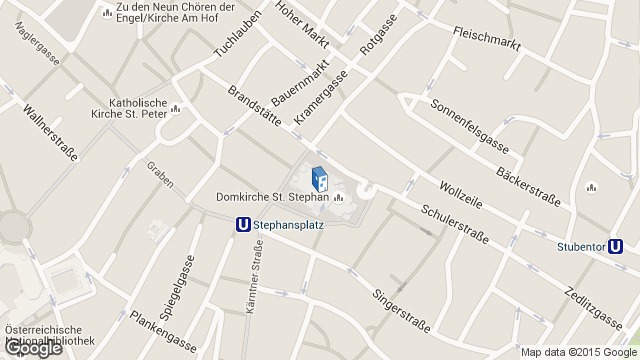