Save
Haagsche Zwaan / ZZDP Architecten
Offices
•
The Hague, The Netherlands 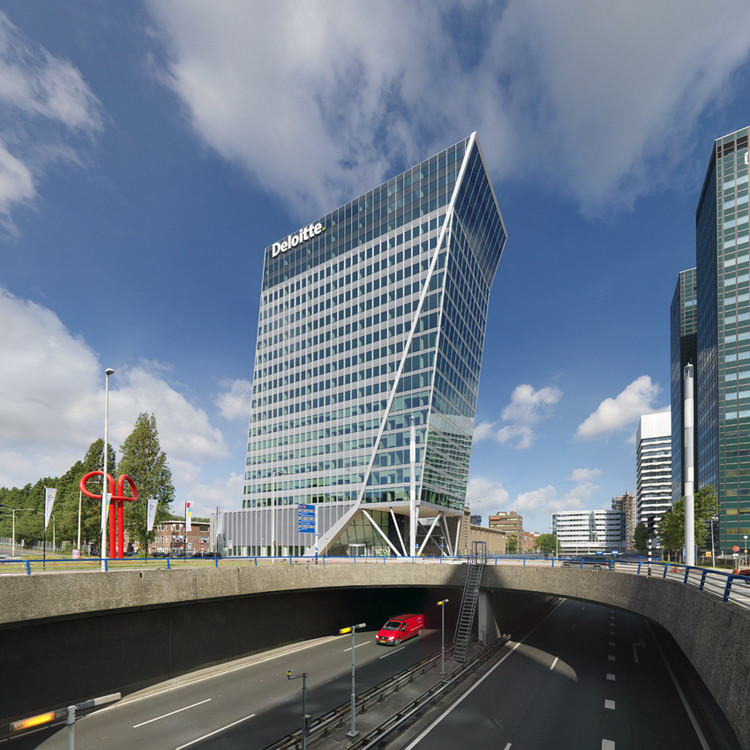 Text description provided by the architects. De Haagsche Zwaan (The Hague’s Swan) reaches high over the city highway to the TNT building opposite and forms a slim, tall portal over the highway Utrechtse baan. The impression of The Swan leaning or tilting is exaggerated by its tapering form. In contrast to its adjacent neighbour the Swan’s facade is completely transparent executed in steel and glass. It is the architectural answer to an urban planning request by the municipality of The Hague which asked for a second portal over the Utrechtse baan, in the form of a ‘leaning’ office building of steel and glass. The first portal is formed by the office complex Haagse Poort (Kraaijvanger Urbis, Rob Ligtvoet).

At its highest point The Swan cantilevers 12 meter, the last one and a half meters of which are directly above the city highway. The immense structural forces that are imminent in the cantilevered construction are expressed by the diagonal tension elements on the outside of the longitudinal facades. The long diagonal line of the tension member visually forms an unity with the form of the entrance which is an inverted V situated below the cantilever. The open form of the entrance is partly inspired by the extensive network of electric cabling that is situated in the ground underneath this part of the building. On the inside the building’s form is expressed in the shifting location of the core on each floor. Still, the floors are unambiguous and can accommodate flexible floor plans and the net to gross ratio is at an advantageous 87 percent.

The site is wedged between a low-rise residential area, the high way and a busy junction. At the rear the building steps down to meet and integrate with the fragile streetscape. Here the above grade parking has been hidden from sight by placing small scale offices at the perimeter façade.

By the power of the impressive geometry of the Haagsche Zwaan, the building has become an icon at the access road of the city. The special care with which the design, detailing and functionality of the plinth have been dealt with ensures an acceptable integration into the urban fabric. Notwithstanding its extraordinary geometry and complex urban integration, the functionality of the offices is exemplary. 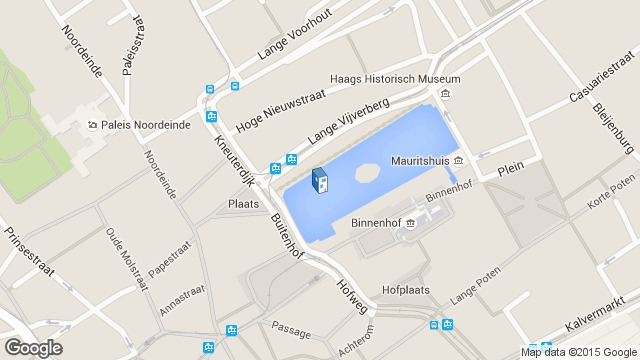