The proposal, ‘Athens PubliCity: an urban neuron for a new city center’, for the Re-Think Athens competition organizes a public space processing system which develops and expands like an “urban neuron”. Designed by Nikiforidis-Cuomo Architects, their concept becomes an entire living framework aiming to re-activate and revitalize the urban body. The system acts as a familiar, habitable and dynamic framework able to “contain” events and situations of both collective and individual actions. More images and architects’ description after the break.

In proportion to the structure of a neuron, the proposed system is both complete and continuous. It takes over the basic linear axis of Panepistimiou Street and crosses over the vertical pedestrianized streets, reshaping the squares, creating intimate points of rest, urban services and key intersections.

Expansion: The proposal aims to intervene beyond the defined urban space. It rather proposes a uniform organizational framework of the public space that can expand and “grow” like a living organism.

Alteration: The system aims to provide qualitative and functional alteration of the public space creating a variety of environments and alternative perspectives that appeal to user’s various states and needs: open-close, introversion - extroversion, solitude - conviviality.

Familiarity: The system reclaims the familiarity of the public space through its ability degree to provide the user with the sense of warmth and intimacy found in a private space.

The Amalias - Panepistimiou - Patision axis is the fundamental backbone including all the basic movements; pedestrians, bicycles, tram and busses. Two important green spaces, the National Garden and Pedio Areos, are found at each end of this axis. This allows it to become a green corridor of connection and development of a unified urban ecosystem. Standing and service points are organized like “urban multi-tools”, gathering a variety of functions: get coffee or quick food, bicycle parking, explore maps or get informed from digital projections and access the web, use the public phone or recharge their own.

The three open spaces (Korai, Antonis Tritsis and Omonia) are included in the unified logic of the system and are formed like thematic “nuclei”. Omonia square and Korai pedestrian way are major focal points - “dendrites” where the “urban neuron” system can split and develop like a living organism “taking over” more areas of the urban public space.

Korai Pedestrian Street and Trilogy / Knowledge: Being part of a section dominated by the Trilogy buildings, this thematic nucleus is configured as a space dedicated to “knowledge”. In the proposed arrangement prevails the communal library organized in such way as to operate in public space.

Antonis Tritsis Square / Sensations: The proposal suggests the theme of “sensations” for the square; an area where outdoor events and activities related to the human senses are accommodated: open-air cinema screenings, public art events, live performances, music events and even an outdoor gym.

Omonia Square / Networks: The proposed configuration aims to restore the powerfully symbolic circular shape and to organize an alive public space where “action” takes place: moving, crossing as well as standing. In order to achieve this, we propose the construction of an urban hoop as a circular structure together with the relocation of three Metro entrances/exits in the middle of the square.

The “urban neuron” system should be treated as a living organism that grows and expands within the body of the city; giving necessary time for people to live in, take ownership and ultimately shape it. 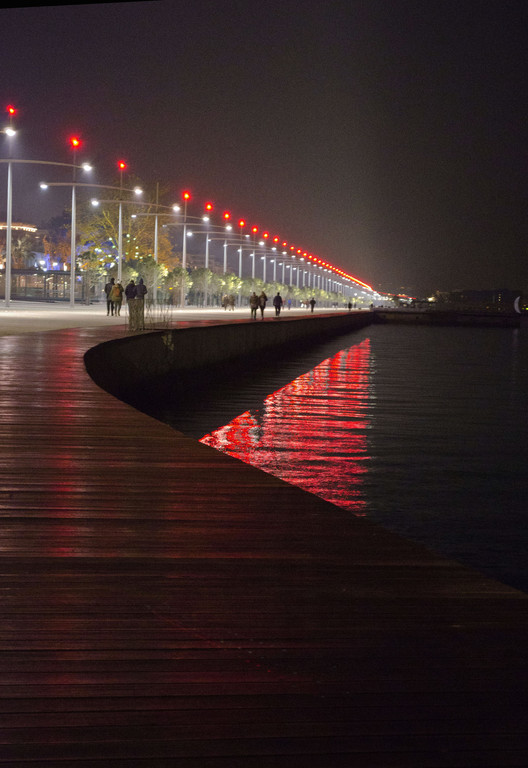