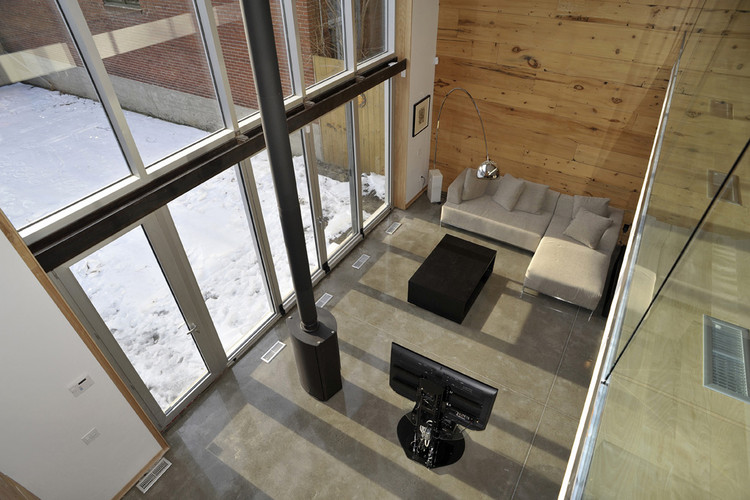 Text description provided by the architects. Located on Christophe-Colomb Street in the Plateau Mont-Royal in Montreal, the existing building was originally a ‘cottage’ (word to describe a single family home) which had been converted into a duplex in the early 1970s. Ironically, because the original building dated back to the 1800s and did not align to the other buildings on the street, the renovation did not have to conform to the traditional morphology of the street.

The intention was to create a very contemporary, yet contextual project within the historical Plateau district. In efforts to express the history of the original building, the fir structural components of the existing house walls were recycled as interior cladding on the lateral walls on all three floors. These wood elements were initially carefully removed, then scanned with a metal detector in order to locate and remove all nails. They were then sheared and finally reinstalled on the new walls.

The contemporary and hard lined shell is rendered warm with other natural materials: concrete, hot-rolled steel, walnut, and slate. The house consists on the ground floor of an open area with a double height living space facing the front garden, a dining space, and the kitchen at the back. The garage located behind the kitchen is accessed by the alley. The second floor, intended for the children, includes two bedrooms, a bathroom, and a play area overlooking the living room below. On the third floor, the master bedroom suite opens to a terrace which faces the Mont Royal as well as the front garden. 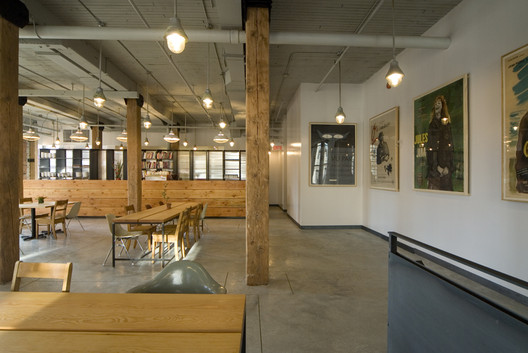