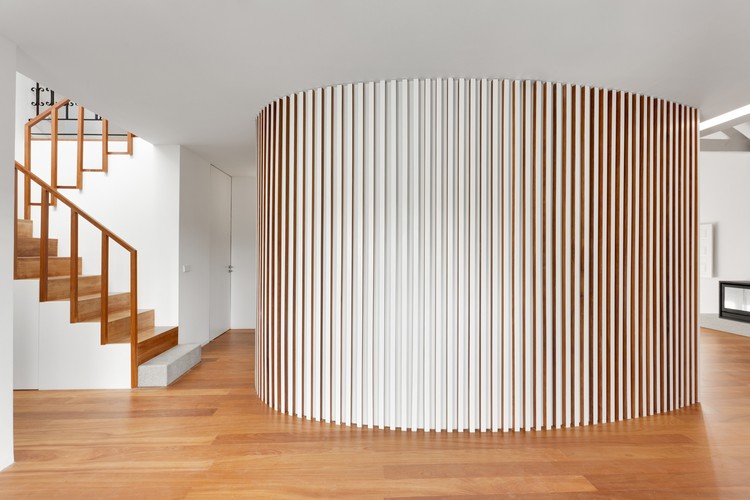 Text description provided by the architects. We looked to this renewal as a project of a new home. The conditions are similar: the limits of the intervention are defined by the exterior walls and by the sloping planes of the roof, the accesses are defined by the two existing stairways, the solar orientations are brought to the interior by the existing openings of the windows.

The solar exposition was determinant in the distribution of the program (as it uses to be in our projects of new buildings): the localization of the living room was solved on the end of the volume, getting advantage of the existing windows in the three walls, one turned to east, two in the biggest wall turned to south and another turned to west, and also appropriating all the height towards the intersection of the inclined plans of the ceiling crossed by wooden supporting beams. The maximum height of the volume is announced on the top of the main stairway, where the tiles dematerialize in order to give light from the zenith to the entrance and to the access of the attic. In the attic there’s a bedroom and a bathroom for guests, a polyvalent room and a balcony over the living room, touching the wooden beams.

In the lower level a curved volume organizes around itself all the compartments, dividing the more private circulations from the most public ones of the house: the living room where it offers a bookshelf, the bedrooms turned to east, the kitchen to west, and it creates a leftover space to be used without script or as a dinning room when contaminated by the kitchen which is contiguous. This round volume hosts in its interior the bathroom. Its exterior is lined by wooden battens painted on one side with the noble functions of induction and reflection of the movement that creates and a constant reference for who lives in this house. 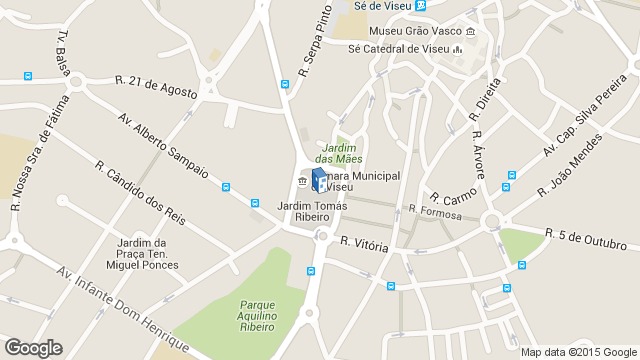 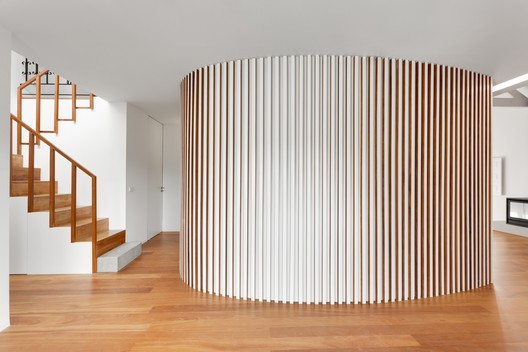