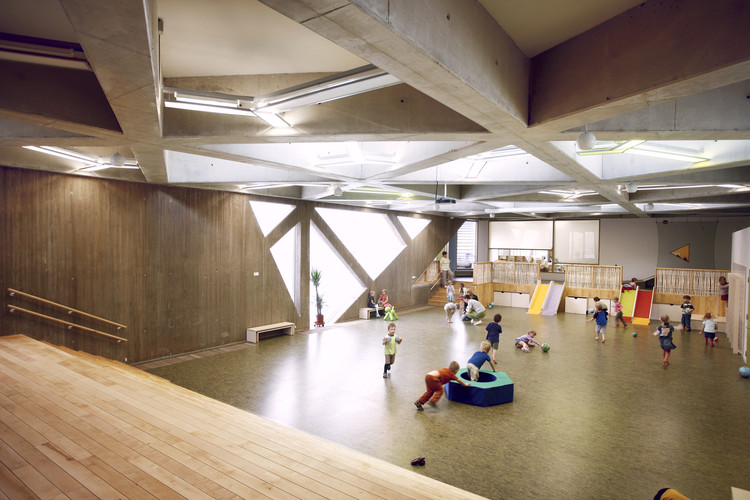 Text description provided by the architects. The city of Tartu has the goal of implementing high-quality modern architecture in new public buildings. The new kindergarten, which is located in one of the most dilapidated areas of Tartu (the so-callled Chinatown is a former Soviet military garrison), is a result of this policy.

The kindergarten´s layout – a six-cornered, star-shaped floor plan forced into a square – arose from the desire to avoid long corridors and to create an orderly outer perimeter and street space for the building. Building is situated on one edge of the plot and leaves the southern side free as a play area.

External appearance of the low street-sided building has an inwardly character.Concrete side walls with small coloured glass openings and a bamboo fence of the height of the building itself make for some isolation of the kindergarten from the outside world.

The corridor winding around the central hall doubles as a play area for the children. The central hall is about a metre below ground level, creating the effect of a stage, and together with “play” corridor that surrounds it, it forms a single open space. The six petals contain kindergarten home rooms, creativity classrooms, kitchen, dining room and administrative offices. The star-shape allows lots of light to the interior. Intimate courtyards are formed between wings.

Continuous geometry throughout all design is used. Plan is formed by lines which intersect under 60 degrees with each other. Same way is developed triangle-pattern on facades and ceiling at the core of the building.

Construction system and materials: Cast-in-place concrete is used for the core. It has a impressive amount of thermal mass and need for cooling in spring and early summer is reduced to minimal. Natural ventilation is combined with the mechanical one in this building. All rooms have plenty of natural light. Children day-rooms face south towards an open air play area. Prefabricated concrete is used for a walls with triangular windows – great accuracy was needed here because triangular glass panes were inserted directly (without frames) into the concrete wall. 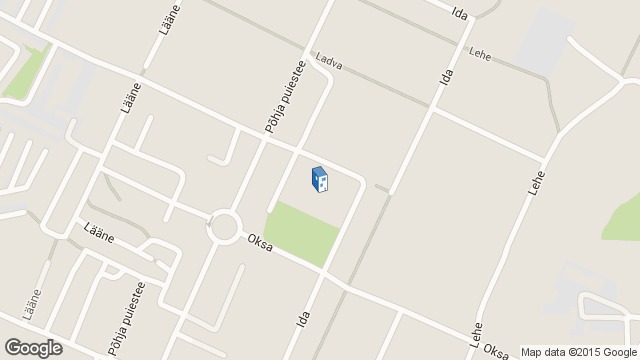 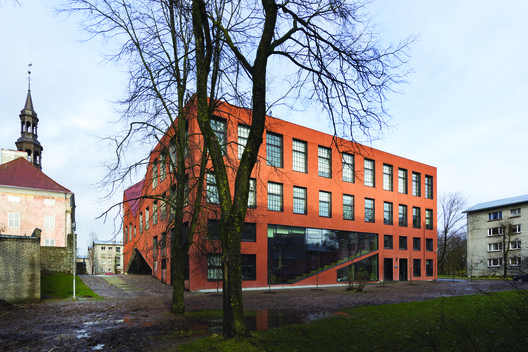 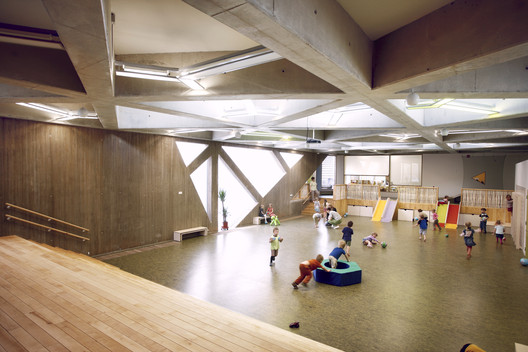