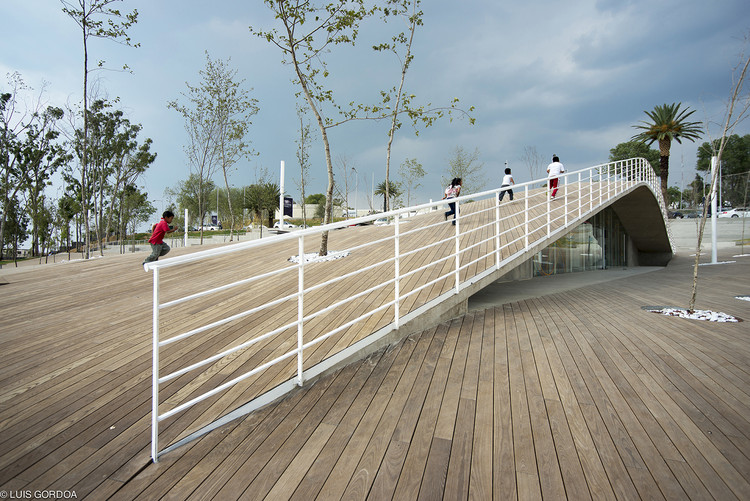 Text description provided by the architects. In Puebla, a city of legends and immense cultural richness, we find a kaleidoscope of buildings, textures and interactions that blend to give us a mosaic of the contemporary culture of the city. Within this framework, to the northeast of the main square is a complex that groups various spaces for culture, education and recreation; this site houses the Monument for the 150th Anniversary of the Battle of Puebla.

Throughout history, monuments have been erected to remind new generations of past events that define current times. Commonly typified as sculptural objects, our proposal seeks to foment the relations between the continuity of public space and maximize the site, through the creation of plural spaces of coexistence, as well as by taking advantage of the views granted by the location.

Formally, the idea of the monument is abstracted to design a space that goes from the open to the enclosed, from the vertical sculpture to the horizontal; stimulating coexistence through the interstices that arise from the premeditated elevation of levels.

On one hand, within these interstices, the program is translated into a gallery of multiple uses that on the top becomes an amphitheater for various types of events. On the other hand, a play area is designed for everyone, from children to the elderly, to have a recreational space with shaded areas and urban furniture. A kiosk and a service area are proposed, where drinks and snacks can be sold.

An artificial resemblance of the original topography, the superposition of the top layer offers visitors a park with undulating movements that generate different environments. The surface is divided into garden areas, wooden deck and sandpits; this division allows for a multiplicity of uses.

Parallel to the project, the densely vegetated context becomes part of the proposal. The trees in the site lean in through perforations that allow them to coexist with the intervention.

As part of the sustainable strategies, three main issues are addressed within the project:

1. Rainwater is collected and stored in tanks for its use throughout the year. This ensures that the need for municipal water is minimized.

2. The drainage system is designed to recycle greywater for its use in toilets and irrigation. A system of filtration and water treatment will provide pure water for human consumption.

3. Thermal storage could eliminate energy expenditure at peak hours, and transfer it to times when the cost of energy is lower. Thermal insulation in the roofs mitigates the temperature in the interior and the cooling loads, if necessary. It also reduces the heating loads during the winter.

Outside, the park rethinks the first square of the city, locating the 11 urban scenarios of the battle by means of 11 light tubes which will illuminate the space at night. They will also be a reminder of the number of battalions and troops that fought the battle in Puebla on May 5th; the height of each tube will be defined by the number of soldiers that were present. Subtly, history is materialized in these vertical elements that identify the users with the past through the awareness of the public space.

The trace of the intervention becomes an icon for a city marked by plurality. It is an icon to remember the past, live the present and look towards the future; an aesthetic monument that creates a city within a city. Finally, the landscape of Puebla surrounds the monument, which rises to observe and be observed, reinventing the relationship between the city and its public spaces. 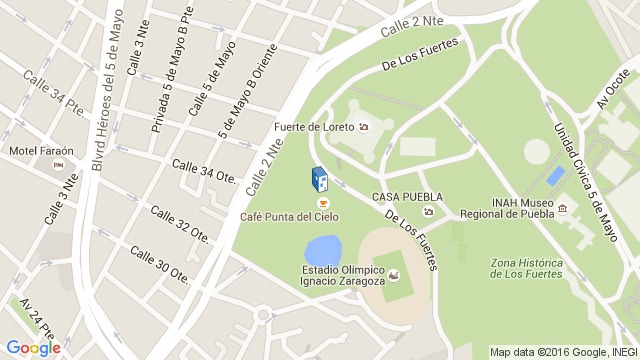 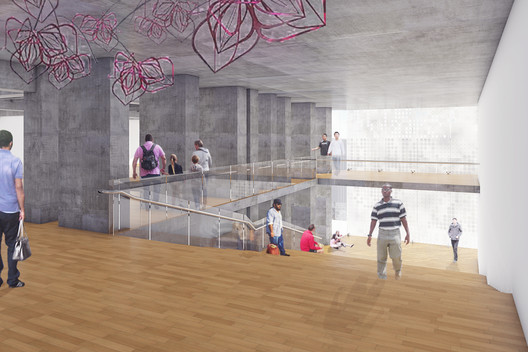