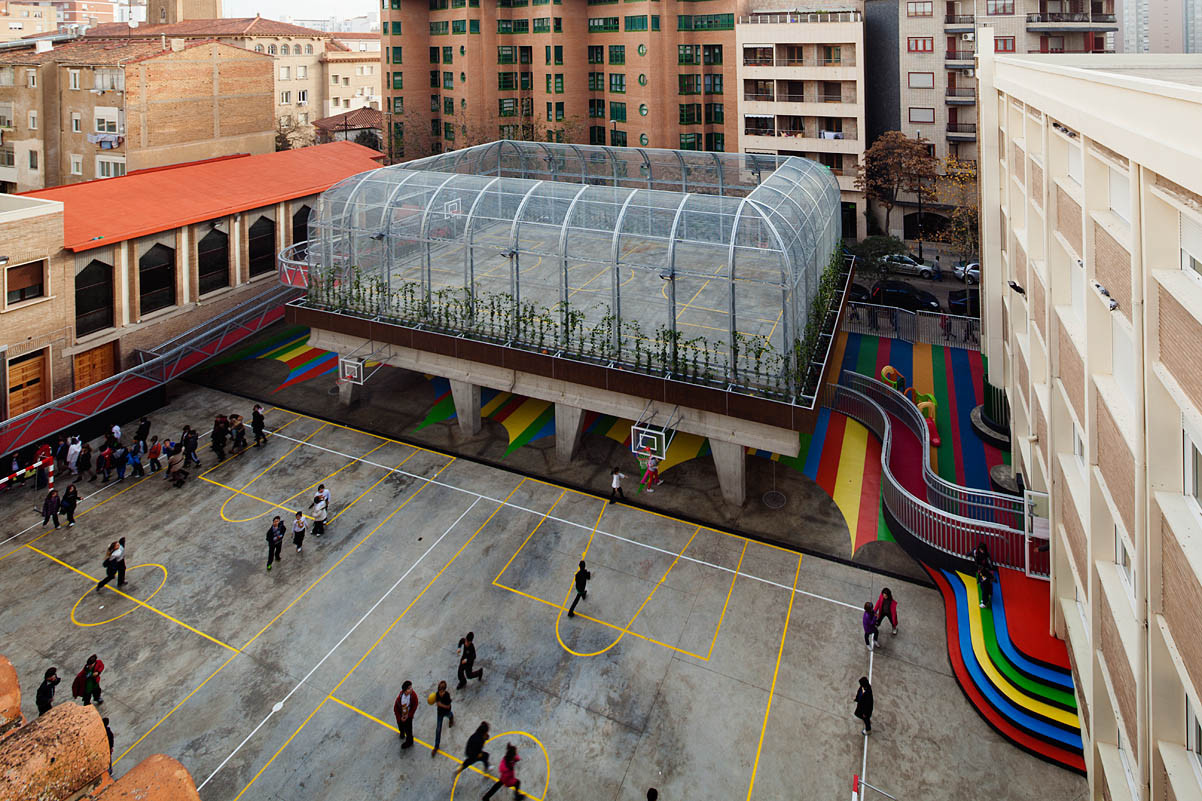 Text description provided by the architects. The commission is originated by the need from the school to augment the total surface of the courtyard that due to the great amount of students and parents that usually gather during the day, can sometimes obstruct the correct developing of the sports and leisure activities that should take place in it.

The courtyard is 33 meters wide per 35 meters long and has a South East Orientation. It is formed by the existing school that has a U form with two wings, one from the 50´s and another one form the 70´s. The fact of being a school meant that we had to accomplish the building works exclusively during the summer months. That fact made immediately think about a prefabricated concrete structure that could be built in a couple of days, and that could also solve the 13 meters distance that we wanted to cover in the ground level.

The necessary elimination of the two existing trees in the courtyard gave another of the key drivers of the project; the inclusion of vegetation in the new structure. To do so we have designed a 70 metres long corten steel flower pot from which almost three hundreds of ivy plants grow, that in a few years will have covered the whole metallic bubble. That metallic bubble is formed with a double layer of galvanized steel, so one of the layers can help the ivy grow while the other one can resist the practice of teenager ball-related sports.

The ground level hosts a garden-bench with an organic shape that includes different species of plants and allows the parents and the students to sit down and observe. The relation of the new volume with the rest of the school also had to be solved, for which a soft 45-meter ramp was designed to connect the ground level with an intermediate level and the elevated court.

Another organic ramp was also included to let the children from the infantile area get out to their courtyard´s zone, also in the ground level and partly under the court. The later visits to the school have revealed the success of the project and its fast iconic assimilation by the students, who have kindly called it “The Whale”. 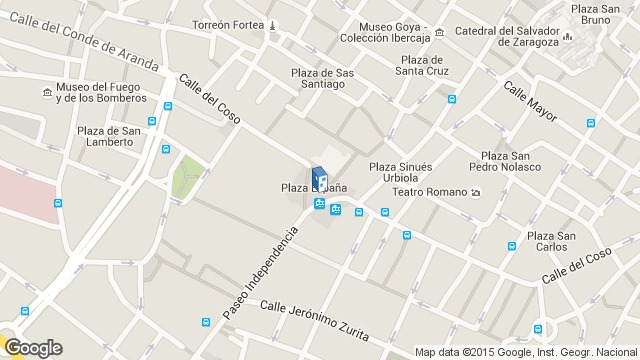 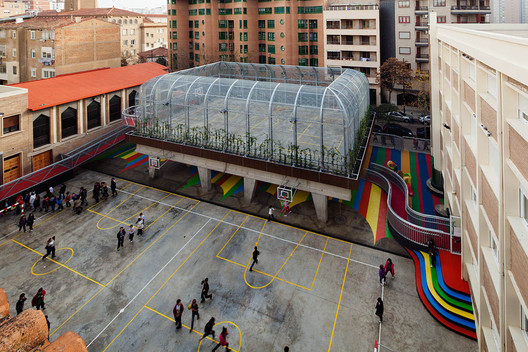