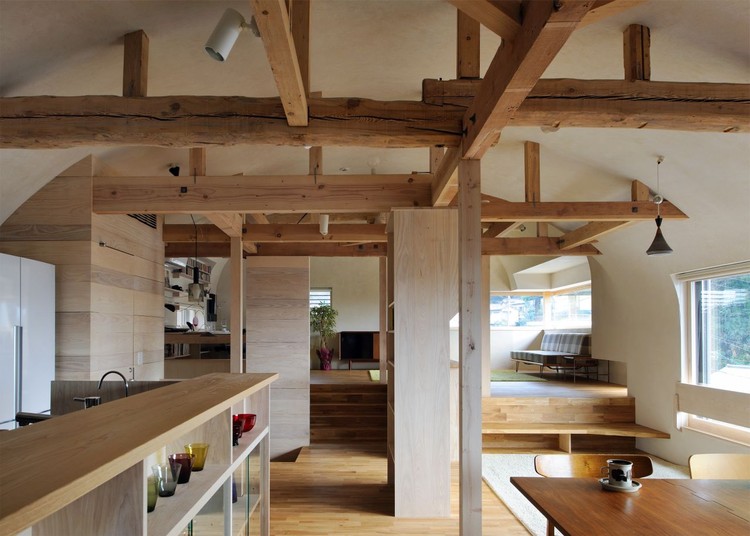 Text description provided by the architects. This work is renovation for two-floor wooden house (built in 1980, part of second floor extension in 1989). New owner had hoped to enjoy a room with modern furniture and lighting that had been diligently gathered, by purchasing this site with old house and renovating a main space. Existing house had been planed a typical LDK in first floor, and a bay window for good view from south and southeast corner that had been aware of it in the second floor. There is approximately 600mm high difference between east extension part that has the bay windows on the second floor by original owner and other second floor, its discrepancy has occurred also in a plan, structure as well.

I decided to plan “one room LDK” with skipping floor of all second floor based on these conditions. Then roof truss was shown by taking the ceiling in order to secure the ceiling height, put foam insulation on the roof, but it was inevitable as repair work. I thought it is not to show a cross-section home that was born when we finished up the ceiling , we need better expression than it.

So in the wake of the arch was in facade, final ceiling form was similar to the ceiling vault of cycloid curved surface from the cross-sectional shape of the second floor and its curvature. I think that vault ceiling start from low level, 2FL +1,500 mm of the wall, so it was a form of vault space can feel more strongly. Room of "skip-vault" had born in the same way as skipping floor. 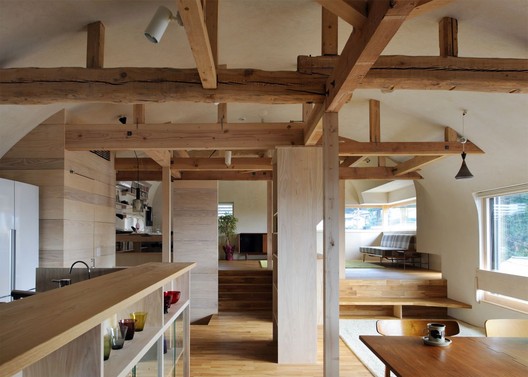