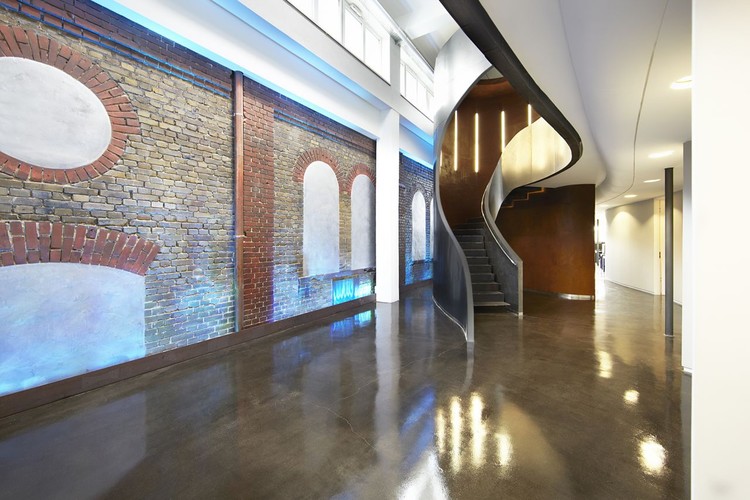 Text description provided by the architects. A very unusual loft has been created in the Mannheim harbor district. The complete ajando team will live and work there starting in January 2013. The internationally renowned architect Peter Stasek and the loftwerk architect office located in Karlsruhe are behind the corporate architecture concept of the loft. It was inspired by the quantum physics of Wheeler, the architecture of Josef M. Hoffmann and, of course, the information expertise of ajando.

Material is not the building material of our world, but rather information. This is not the position maintained by some Internet-addicted, social media nerd, who cannot imagine anything beyond World of Warcraft, Foursquare and Twitter. No, John A. Wheeler, one of the most well known quantum physicists of our time, made this claim. He and his colleagues already discovered decades ago that material is an illusion. In reality, our world is composed of information. With this knowledge in the back of their heads, our team of architects at loftwerk as well as the architect Peter Stasek went to work developing a concept for the ajando loft in the Mannheimer harbor park You might consider such a project impossible. How can you design something so thoroughly material such as a loft in an old industrial building if there is no material at all? But you couldn't be more wrong! These creative minds recognized the connection: Information is not only the essence of our world, but also the essence of ajando.

And that's as true as true can be! Real information is only obtained when we combine, visualize and present the right data in the right way. Information that inspires and motivates people. This is a very fundamental core skill at ajando. "The dynamics of this information flow can be seen as the driving element of the complete company," Peter Stasek explains. Consequently, the architecture office made the data and information flows of ajando visible in our corporate architecture concept. This starts with the layout of the rooms, for example. "The concept for the paths and the room are one and the same" is the motto, which was formulated by the famous Viennese architect Josef M. Hoffmann. "Just like with information, the visitor is to be guided in the most direct way to the place where the reason for his visit is maintained, consulted, processed and forwarded," according to Mr. Stasek. As a result, the loft from ajando becomes a live cross-media platform in real life with perfect usability. An ajando room is created for social and informative convergence, for dialog and the sharing of ideas.

Even the design of lighting is part of the corporate architecture concept. "The illumination of the corridors, the lobby as well as the open-plan office were designed under the motto "Light as a wave, light as a particle," our architect Mr. Stasek explains. Single-color, wave-shaped LED strips will illuminate the outer walls draped with textile starting in mid- October. Sound installations will also give them another aesthetic dimension. The brick masonry opposite shines in colored light as a contrast. White snowflakes fall softly and continuously in the half-open stairway shell – a projection of light. "The gliding of these light particles mirrors the information flow at ajando and consequently displays the complete strategy of the company as a binding and never resting element," Mr. Stasek comments. 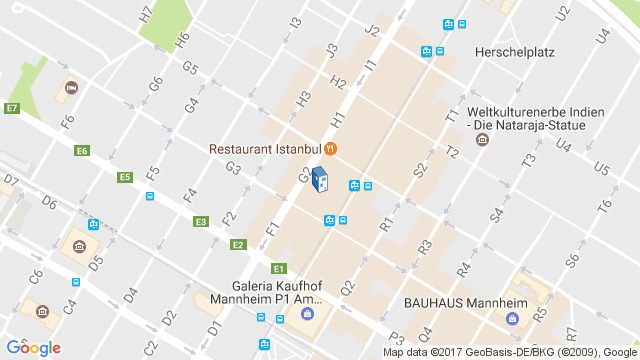