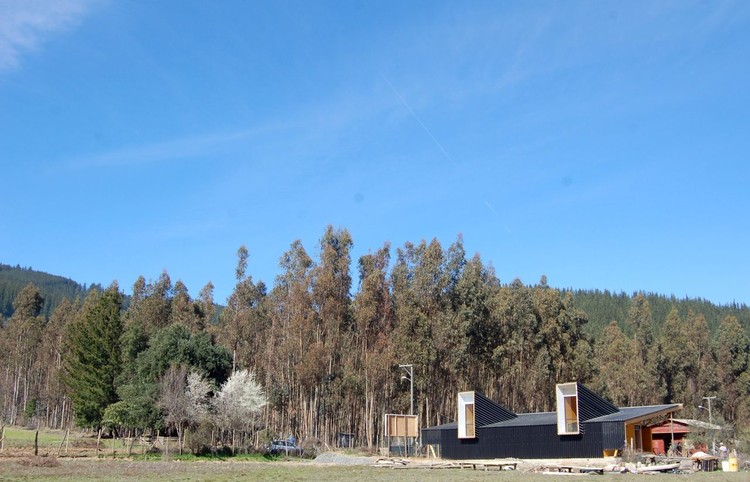 Text description provided by the architects. The project is conceived of as a central pavilion that allows for spatial flexibility; it is delimited by two core program elements comprising storage and restrooms facilities. This allows for a future reconfiguration of the scheme, increasing or decreasing the surface area, without altering its distribution in plan.

Towards the street, the building is articulated through a waiting area that functions as a bus stop for the local population and links the project to the main road. This same space sets up the access to the building, generating a transition between the street and the pavilion. A mobile façade contains the pavilion, which can be opened if necessary to house large crowds in activities such as parties.

A large truss is the hierarchical element in the space, traversing the entire length of the project and giving continuity to exterior and interior spaces. Likewise, two skylights increase the height of the interior space, and appear on the façade in such proportion as to enhance the public character of the building.

In its rural context, the material simplicity of the construction is compensated with the great sensibility of its deployment in the project. It is this reasonableness, which arises from the experience of the occupant, that the project relies on. The project does not seek to be an image of this rural simplicity – which is a given due to the precariousness of the available resources – 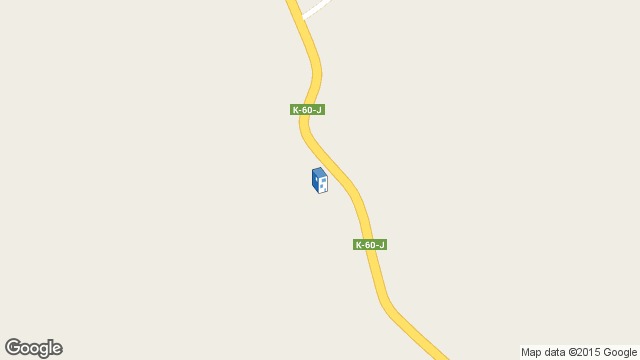 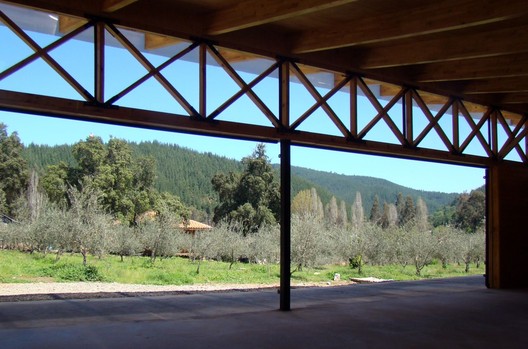 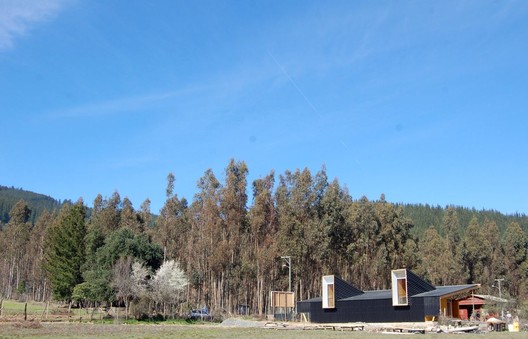