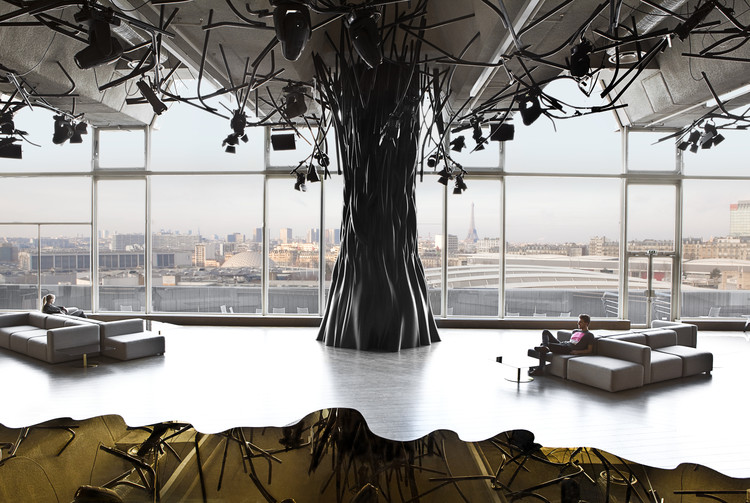 ‘If Alice in Wonderland had liked rock this is where she would have spent her days and nights…’ summarized Mathieu Lehanneur. Electric, the new cultural platform in Paris, is already an event in itself: a 1,000 m2 penthouse in which the designer has devised a canopy of sound suspended between heaven and earth, monumental electrical braids emerging like pitch black trees.

Impressive by day, magical by night, Electric is a venue which never sleeps. A lounge interspersed with soundproofed modules and an 80m2 terrace, Electric is a space equipped with a mixing console whose ballroom floor provides a new perspective over Paris, integrating the ring road as a perpetually moving graphic foreground facing the metal mesh of the Eiffel Tower.

An ephemeral restaurant at lunchtime, a lounge or a club from dusk ‘til dawn, Lehanneur and Ana Moussinet have designed a space which can also be freely customised through video projections and an infinite number of layouts available to its customers.

A huge trompe l’œil window onto the city, surrounded by streams of LED lights, is an ultimate nod to a new Versailles, Electric has already been chosen by We Love Art, and Kavinski for the global launch of his next album, and Ducasse… Meanwhile there are already rumours about the installation of an enormous open-air swimming-pool on the site of the car park this summer. A result of the high creative demands of the management ensured by curator John Michael Ramirez whose range of artists contributes to the cultural distinction of the venue: Greater Paris has found its centre of gravity. 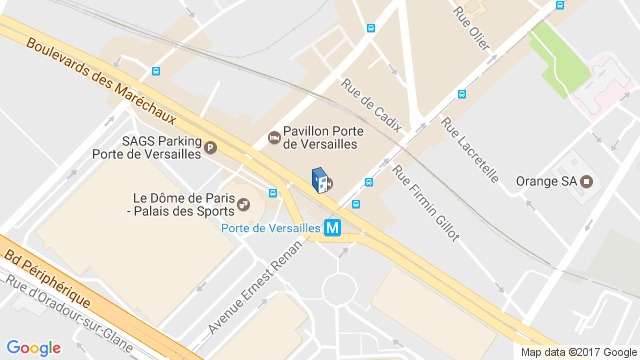