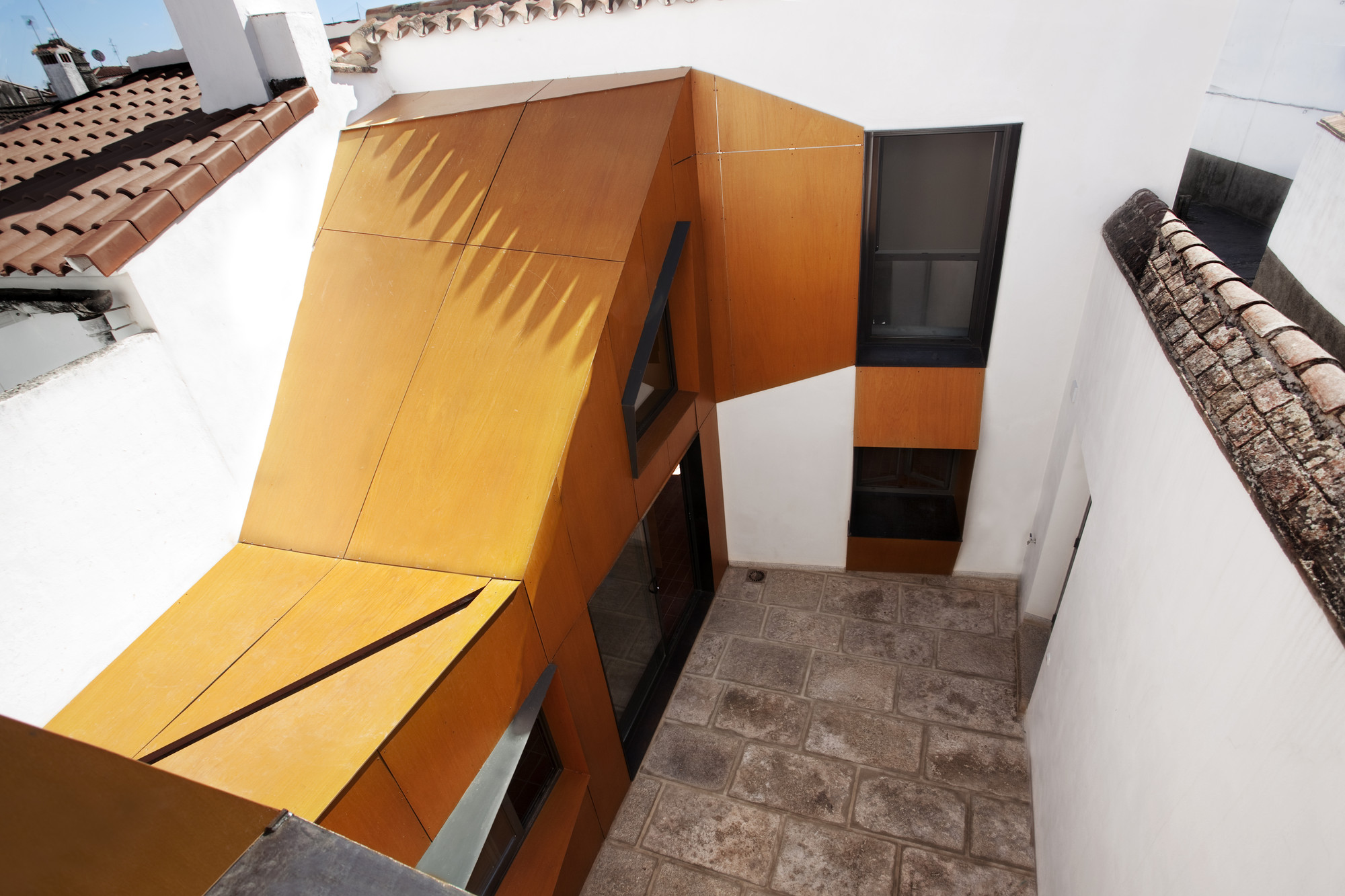 Text description provided by the architects. This work involves the complete rehabilitation of a detached house, located in Malpartida de Cáceres and built around 1920. The existing building, as most local urban houses found in the area, was divided into two volumes (front and rear), which were connected by means of a small open courtyard.

The most significant intervention was the construction of a connective structure between the formerly separated built volumes. This structure takes the shape of a complex prismatic body. It operates as an unfolded mask by juxtaposing its geometrical faces over the white canvasses of the original façades, thus articulating a wide array of connective relationships of both functional and visual nature.

Moreover, and due to the serious state of disrepair of the original roofing, a new roof structure was built. This allowed for an additional 60 centimeters of extra ceiling height, which were used to intensify the functional capabilities of the upper floor by creating a series of interconnected, multifunctional, double-height spaces that were carved out of the interior of the built volumes.

The project attempts to visually differentiate any new interventions from the original architectural elements, while simultaneously grafting both contemporary and historical sensibilities into a single and comprehensive design statement. Consequently, light, dry-joint construction systems were used in order to establish a contrasting dialogue with the massive wall structures of the original buildings. Additionally, the project pursued the development of construction criteria that allowed both technological exploration and the sustainable use of locally available technical and material resources.

CUARTOYMITAD ARQUITECTURA is a flexible structure -led by Ana Miret, Miguel Paredes and Ruth Vega- that is oriented towards continuous exchange and collaborative work with professionals from multiple disciplinary backgrounds. Cuartoymitad Arquitectura researches and develops proposals that attempt to surpass the borders of conventional architectural practices, in order to build both the substrate and the spatial identities where consistent relationships with emerging artistic practices and urban cultures can be established.

Cuartoymitad Arquitectura is currently finishing the conversion of a large eighteenth-century fortress in Santoña (Spain) into the Monte Buciero Museum. Other recently built works include the exhibition design of the Wine Museum in Cangas del Narcea (Asturias, Spain) and the ephemeral architecture of the MACC conference in Tenerife (Canary Islands, Spain). Additionally, Cuartoymitad Arquitectura has designed and built the headquarters of DIM and Sáfilo in Madrid, and the branch office of E-Burbulla in Santiago de Compostela (Galicia, Spain).

Among other venues, the work of Colectivo Cuartoymitad has been featured in the 11th Venice Biennale, as well as in the Museum of Contemporary Art in Badajoz, the Museum of Contemporary Art in Valencia, and in Lima, Buenos Aires, Brussels, Madrid and Barcelona as part of the “Panorama Emergente” exhibition (IV Ibero-american Architecture Biennial). Additionally, this work has been widely published in architecture and art monographs, magazines and journals of international breadth.

At present, the members of Colectivo Cuartoymitad hold teaching positions at the Schools of Architecture of IE University, Universidad Politécnica de Madrid and Universidad de Alcalá. 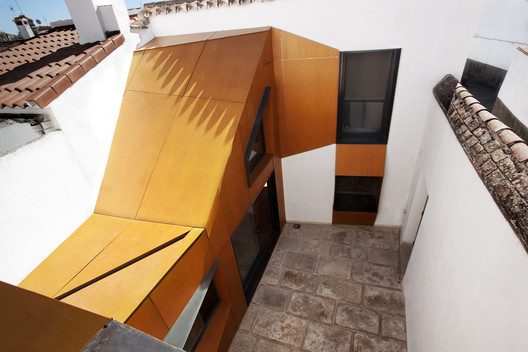