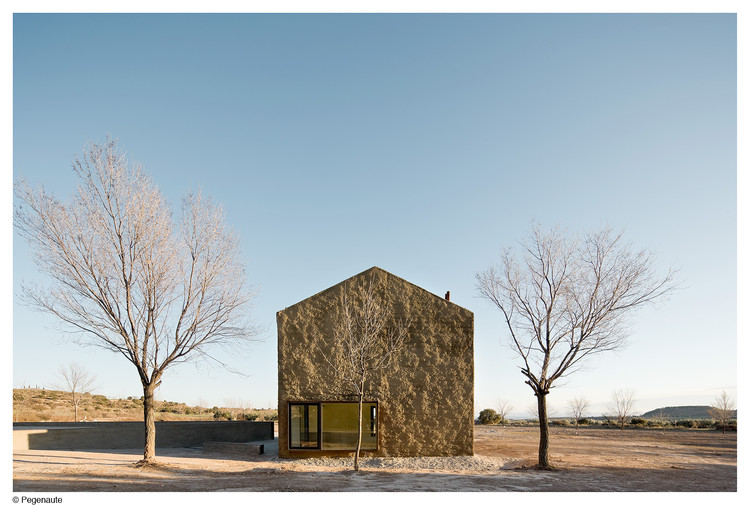 Nueno is a municipality that belongs to the province of Huesca, it’s located 16 Km North of the provincial capital, and has a great complexity: it embraces seven villages (Sabayes is one of them), in a surface of 14.724 hectares altogether and with altitudes between 600 mts and 1600 mts above sea level.

A plot next to Sabayés was finally chosen to place the building, because of its central situation among the other villages of the municipality and its high position. It’s a field next to the hermitage of the Virgen del Patrocinio, by the Salto del Roldan.

The project programme is divided in two parts: the building to host the exhibition contents on one hand and, on the other hand, the garden where the different ecosystems of the municipality would be reproduced. It’s the Council’s will to turn this project into more than an Interpretation Centre: something dynamic, linked to pedagogy, intellectual work, research and knowledge.

The hermitage placed in the northern boundary of the plot has always been a reference for the project, since the first sketches, but it was the necessary allusion to the surroundings what gave personality to the building. The Interpretation Center has a volume similar to the hermitage’s, but the size of the openings and the gunite of colored concrete all over it turns our building into an abstract element, like a rock that fell from the Salto del Roldán and was afterwards sculpted by time and human hand. This way, the Interpretation Center interacts with its surroundings through a volumetric dialogue with the hermitage and a material dialogue with the territory.

The chosen materials, both the coloured concrete and the corten steel, set an additional level of relationship with the landscape, because the passage of time through the change of seasons will be soon evident. Due to its different orientations and its exposure to the atmospheric phenomena, it will become a changing building, full of shades.

The interior is a single room in which the geometry of the ceiling creates a great skylight, made of plane surfaces that don’t touch the walls and let the daylight come in. Besides, the lineal light system is placed where the ceiling joins the walls.

The lower part of the walls, from the floor to 2,40 meters high, are designed as a continuous surface where exhibition contents hang, among the openings to the outside, the wooden boxes that host the wc, the wardrobe and the system panels. This way, through the disintegration of the parts of the ceiling and by concentrating the exhibition contents in the lower parts of the walls, we intend to focus the visitors’ attention in the exhibitions and to enrich their spatial experience, at the same time. 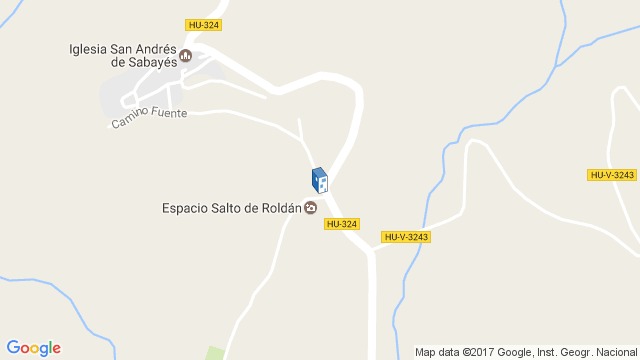