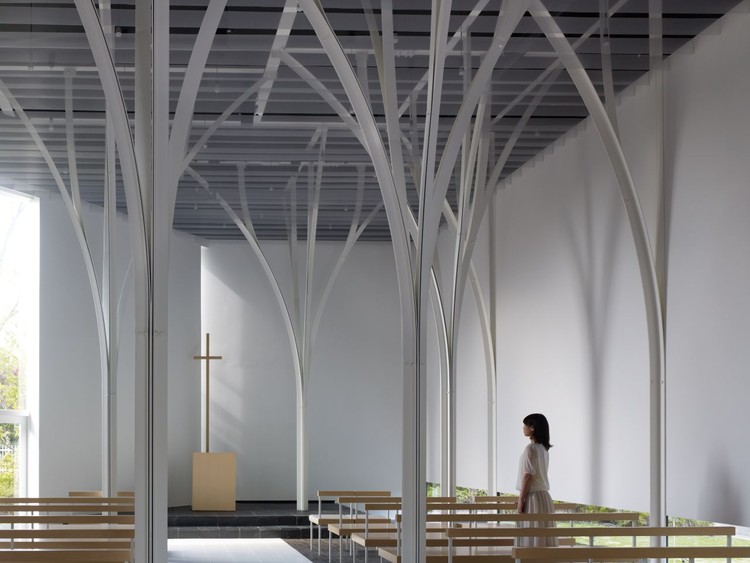 Text description provided by the architects. This is a new chapel built in the garden of an existing wedding facility which is surrounded by trees.

The building looks like a simple white box floating in the air to be in harmony with the existing facility.  On the other hand, I took in the trees in the garden as a design motif and proposed a chapel with randomly placed, tree-shape columns using angle irons.

Each tree-shape column is placed a decent distance from each other by their branched out, angled irons.  It is also rational for the building structure.

The forest in the nature also consists of trees that keep certain distances from each other under different conditions.  The distances and shapes of the columns’ branches made by rigid angle irons created the silence and tense that is appropriate for a place like a wedding chapel where people make their vows. 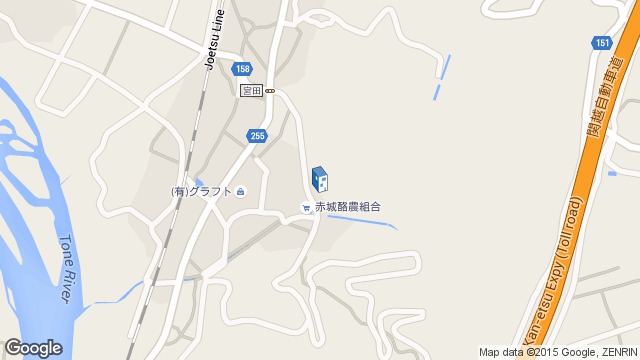 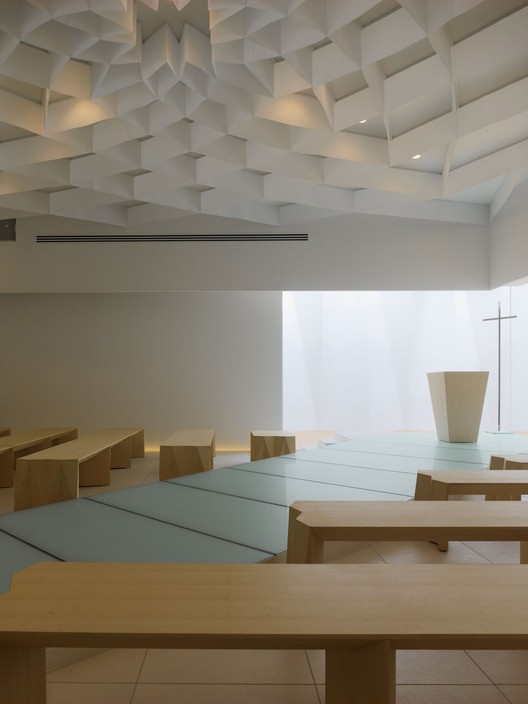