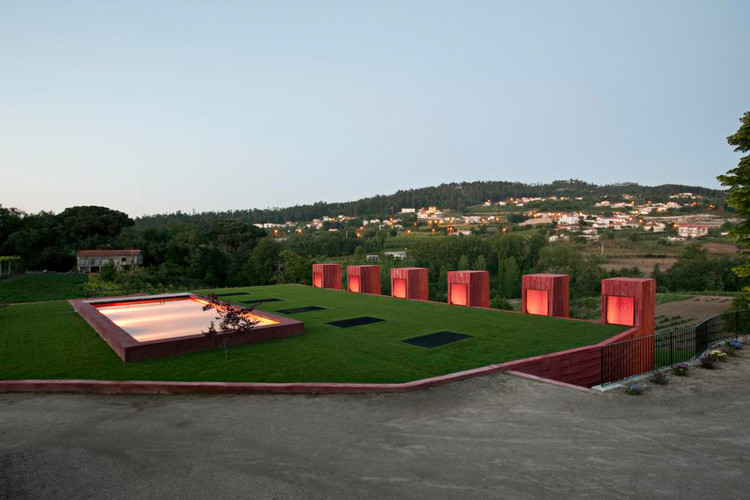 It's a project for a rural hotel located in a farm with 10 hectares of land, 90% of which are used as vineyards. The interior of the land contains various previously existent elements. The main building from the XVI century stands out and several little constructions which are very damaged and/or ruins (the house of the home keepers, the pet store and kitchen).

The program was to recover the main house and do a new building to altogether house a maximum of 22 people, plus rooms that would support the hotel and an outdoor swimming pool.

In the main building, which is a construction with almost 500 years, there was a pursue to step in the least possible in order to keep its identity and the character of the existent architecture. Infrastructures and bathrooms were made and some of the interior spaces were adapted to new uses.

In a landscape with strong rural features, the hotel is conceived from the existent, all spaces are spread from the main house, which is also the owner's permanent house, and from the reminiscent ruins where new spaces fill some of its interiors.

The new rooms are comfortable and protected in the interior by a unitary volume located in a lower elevation and perpendicular to the main building in order to assure guest's privacy. From the outside the new building isn't highlighted in the landscape and its form and texture come from the idea of not adding anything to the land, and its volume has a strong attachment to what already exists and to the idea of subtraction. Fully made in concrete, its exterior walls were worked to approach the texture and tone of the land after doing sections during excavations.

The towers that define the entrance of each room keep the form of the battlements of the main building and potentiate in the observer different experiences in the relation with the whole context.

The individual and exterior access through paths of grit, identical to the surrounding fields, pursues to approach the visitors to the rural character of the landscape.

The rooms in the interior are divided in three seperated areas. In the entrance there is a living room turned to a big glazed with views of the southern fields. A wall with half height separated the sleeping area and is used as headboard to the bed which is turned to the inside, to a little courtyard by the bathroom.

With this order areas that require bigger privacy are protected without harming the relation between the bedroom and the landscape. The interior, walls, roof and floor are painted with the same color to assure the comfort and unity of the interior space. 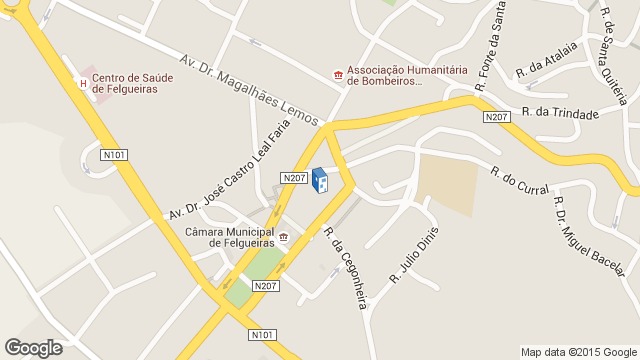 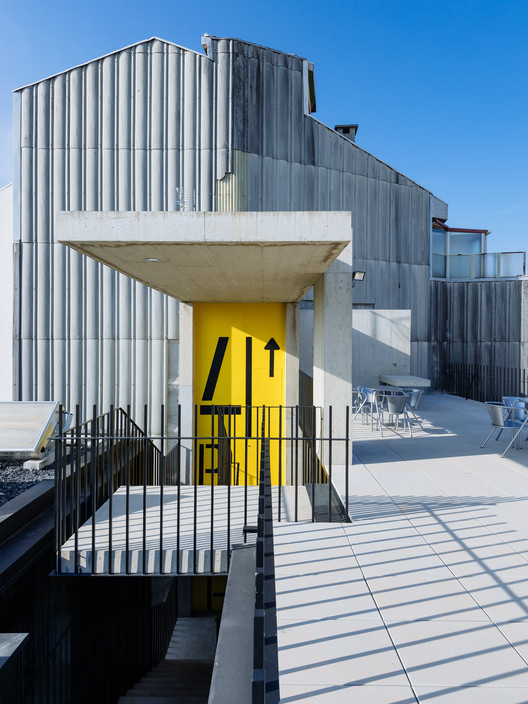