OKRA, in collaboration with Mixst urbanism and Wageningen University, was recently announced as the winning team of the prestigious competition ReThink Athens towards a new city centre. Changing the heart of Athens into a true contemporary metropolitan city centre requires transformation of the city triangle into a lively part of the city. The project aims to strongly contribute to the change of Athens and improve the environment of the city plus activating the area economically. The team is supported by the Greek Architects of Studio 75 and Werner Sobek Green Technologies. More images and architects’ description after the break.

Within the next months the OKRA team will further develop their ideas into an approved design for the central area in the city centre. During the execution phase it will be an International-Greek collaboration, where the Greek architects from Studio75 and Greek engineers will take part in progressing the winning competition entry to an approved plan that can be realized via European funding.

Newly gained space, as a result of the major step towards a walkable city by reducing car traffic in this area, can be transformed into a vibrant, green and accessible heart of the city. We will take contemporary ideas on climate control, reduction of vehicular movement and programming public realm one step beyond: into an integrated proposal, creating a resilient, accessible and vibrant city, not just limited by its project borders, but linking this area to its adjacent areas and being a catalyst for the whole city. Crucial part of the new transformation is that heat mitigation of public realm will be realized, which will be an issue in many European cities within the forthcoming years.

The project ‘One step beyond’ focuses on creating a resilient city, accessible city and vibrant city.

Resilient City – The city centre of Athens will be transformed into a green network, and Panepistimiou will be the central green spine, providing shade and shelter. The resilient strategy includes specific attitudes towards reducing the urban heat and improving thermal comfort). A greening strategy for Athens is combined with a water strategy, since a good condition of plantings is crucial to contribute to heat reduction. Capturing rainwater in underground basins, on top of roofs or elsewhere helps to keep the water in the area.

Accessible city - The green framework will be treated as a coherent network of public realm in all directions and linking the adjacent neighbourhoods, having its highlight on Panepistimiou. Restoration of the continuities of the crossing streets creates continuity in the walking experience. By making the new tramline clear and present and part of the grandeur of the space it contributes to the aimed cohesion. In fact, Panepistimiou provides Shared space 2.0, a new balance between slow traffic and motorized movement. The design has three characteristic places: Omonia Square and Dikaiosynis Square will become a green urban squares, with prominent lush water elements. In the middle of Panepistimou Street, a green ensemble ties the university together into an urban park.

Vibrant city -Panepistimiou will change from ‘street’ to ‘boulevard’, by adding inviting spaces to stay to the linear space. Occupying and transforming ground floors, we introduce the concept of the theatre of 1000 rooms towards vacant buildings, organizing cultural events and shift focal points who will create a new vibrant atmosphere. Small open-air podia for outdoor initiatives will be created in public realm. Programs are related to Greek philosophy, science, drama and art. An ‘encroachment zone’ will improve active frontages and create linkages between the built environment and public realm. Interactive decorative light in public realm will give the right atmosphere during evening hours.

The detailing of the project is very careful and will turn Panepistimiou and its environs to a signature space. And even more than that; it will be a welcoming space for all. Public space is about creating space for people. It is where those masses meet the ground and interact with each other that is the binding element to a city. So it will be important to implement green public spaces linked to the urban network of public realm, and to retain and improve this space, however large or small it is within the city, it is precious commodity.

By doing this we believe that the project tackles the anonymous space in the heart of Athens and demonstrates that urban vibrancy can be combined with creating a green and pedestrian friendly spine, contributing to quality of life and living in Athens. 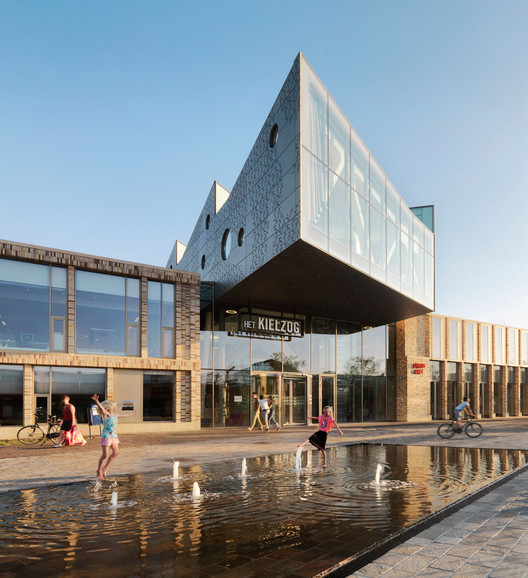