While in Mexico City, we had the chance to visit Michel Rojkind 's office in La Condesa to interview him and jam on his recording studio hidden in the architecture workshop. We have been big fans of Michel's work, the result of constant investigation and iteration pushed by by the collaborative character of his studio and multiplied by Michel's passion for architecture.

Michel is part of a fantastic new generation of Mexican architects that brings fresh ideas to a context with a strong tradition. He started his architecture studies while also being the drummer of a well known Mexican rock band, graduating from the Universidad Iberoamericana in 1994. Between 1999 and 2002 he worked with Isaac Broid and Miquel Adriá on Adriá+Broid+Rojkind Arquitectos, and he started his own studio Rojkind Arquitectos in 2002.

Since then, the firm has been on a strong path of innovation and exploration of architectural programs and building techniques, successfully translating the complex forms of these new ideas into realities that can be built with local manufacturing skills.

Michel is very good at communicating his ideas, something very important to deliver the vision he has for his projects, but he is also very good at transmitting his passion, something that anyone who has been on his lectures will agree, inspiring young architects to demonstrate that it is possible to run the kind of studio that you want to run, despite all the problems and frustrations you will face along the way.

Michel is currently finishing the extension of the National Film Archive in Mexico City which we are going to visit in a few days, so stay tuned for more updates on Instagram and Facebook . 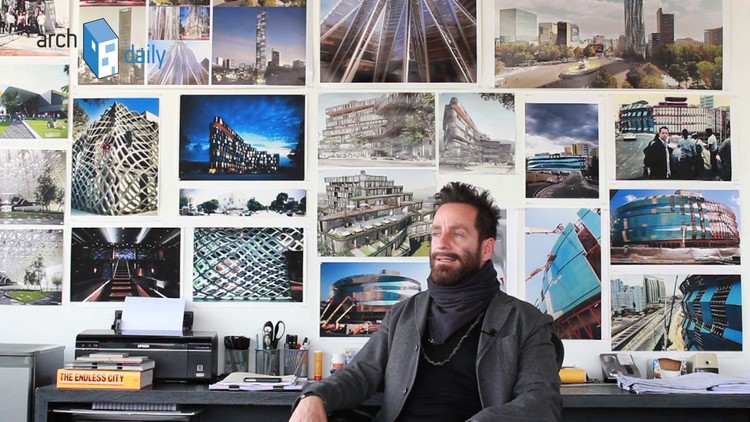