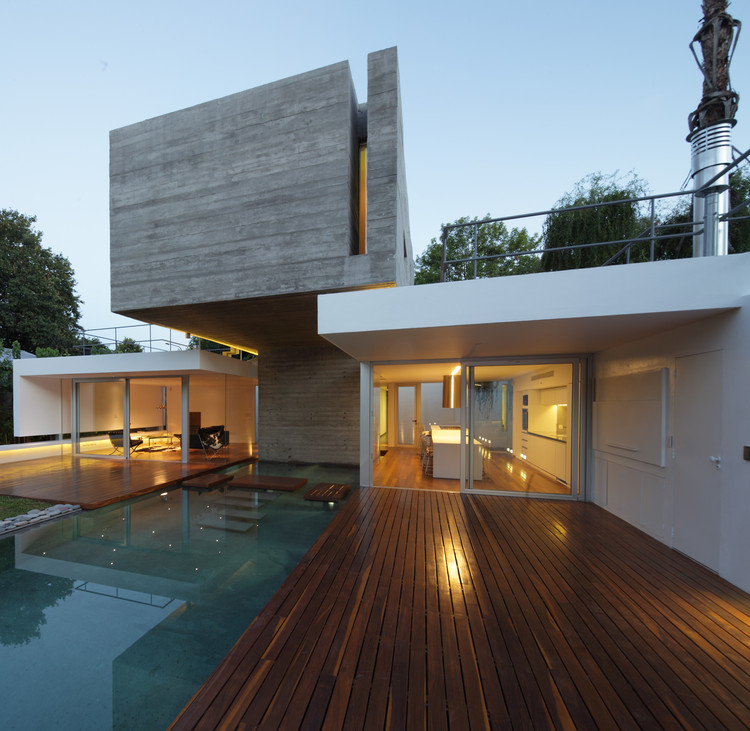 The house has been built in a suburban neighbourhood and has been thought for someone who will live there permanently and whose children, friends and couple will visit them from time to time. From meetings with the client, many concepts arise that seek architectonical answers: “a house which can integrate social life in direct relation with the outside, having a space in it which hosts and protects intimacy. A space where one can stay while the rest of the house remains asleep. An introspection space; a temporal oasis.”

In response to these concepts, at first sight the house is built along two different elements: the Bunker that is solid, hermetic, almost impenetrable; and the open, permeable Action area  that dissolves  the limits in constant movement .

The Bunker is a singular poetic image, a primitive shelter, a home for lonely dreams and an intimate  space. Practically void of the outside, it “opens up” a larger universe, holding  the Dweller in their complete reality. The Bunker presents itself to the outside as stony, still, immemorial as a carved rock. However, there are lines that cross it through, that mold it and engrave it…GRAVITY, LIGHT, WATER and AIR outline TIME and SPACE. Its inside layout- “heartbeats of the one who lives in it”- defines a warm, soft and expandable heart… Geometry is surpassed.

The spiral staircase stops being a mere connection element between distant points to become an entrance to a cosmic and mysterious universe, an escape from ordinary life from time to time and a feeling of “ascension” drawn by the development of the axial focus… The Infinite.

The Action Plan - made up of transparent membranes, white walls and  large tiling surfaces-defines  areas embedded in a larger one which in fact are  the actual  limits of  the  plot of land. The neutral Green and its different degrees of seizure. The Water, with its leading role in everyday life, is sometimes a mirror and sometimes entertainment but always a connection between the World and ME. The Light passes gently through the concrete walls. The Gravity permanently facing challenge.

And there come Lines Again: Family Lines, Friendship Lines and Work Lines making space  constantly flow. It is a place for social life. Among them, overlooking the scene, concrete walls rise. 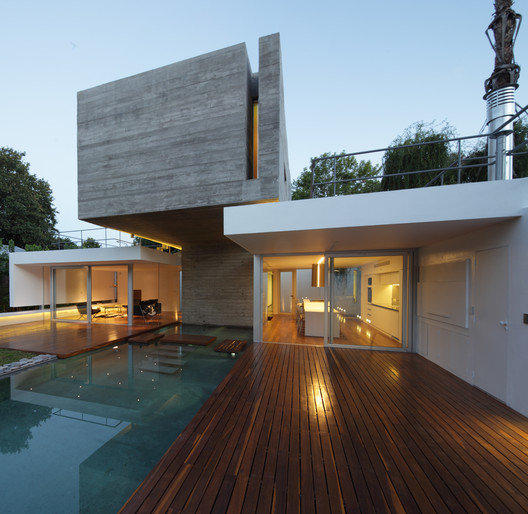