Text description provided by the architects. At the Chilean South, 700 kilometers from Santiago, and 110 kilometers of the city of Temuco, towards the Andes Mountains, the Conguillío National Park is found at the bottom of the Llaima volcano. In the heart of the park, is located "La Baita", a small meeting place for guests of an ecotourism center of the same name.

Because of the site’s considerable distance to our office in Santiago and the rural nature of it, the first idea upon developing the assignment was to design a constructive system that was simple enough to be executed by local constructors and easy to be supervised from the distance.

With that in mind and the fact that 3.6 meters long raw Coihue wood planks were produced 20 kilometers away from the site, the design for the new façades of the existing lodge and all the new rooms were developed based on these planks dimensions. A 2”x10” section was defined for the project and a horizontal overlap of them established, to design a wall system that contains an insulation board in the center of it and is connected with only hex-head cap screws from the outside. The result of this system is a composed wall that functions as cladding, insulation and structure at the same time. The interior planks are supported on piles and the outside ones compress the insulation and brace the building.

The additional program, besides the six rooms with private bathroom and the restaurant extension, includes a sauna, a massage room and a multiuse room.

The restaurant’s new facade creates a gallery-type corridor that complements its activity. As all the rooms wanted to have a similar view to the nature, they were organized in relation to the site’s topography. The location of every window of the project was in response to the views and the constructive system.

The exterior gallery that links together all the guest rooms follows the site slope and opens towards a interior garden. The multiuse room was located under a new terrace and the existing site depression was outlined to create a natural amphitheater.

At the end of the design and construction process, and now that some time has passed after the project completion, the new wood planks exterior face have turned towards a bright grayish color, re-acting and merging with the landscape, the lava rocks and the vegetation of the site. 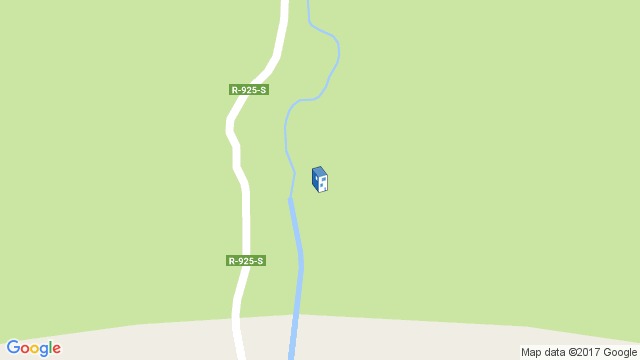