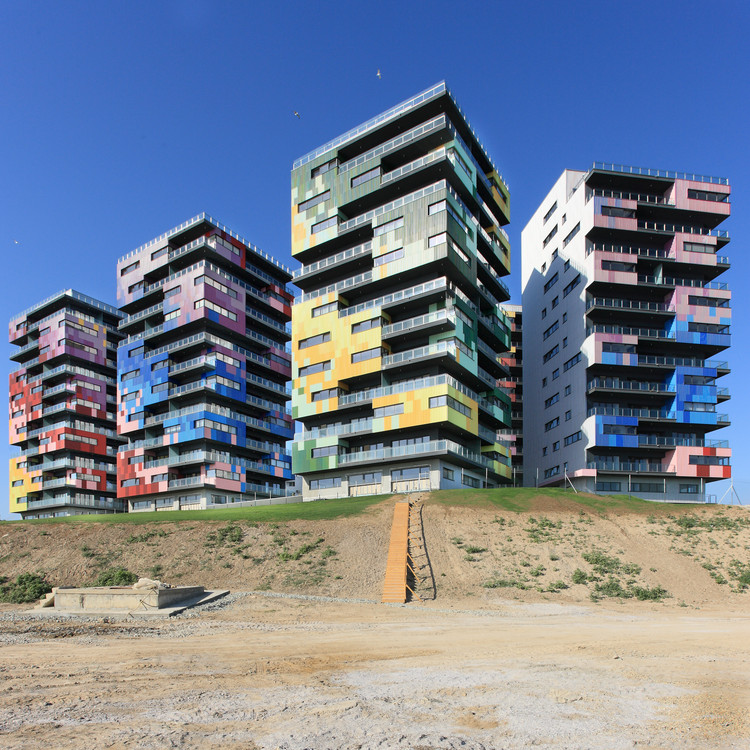 Text description provided by the architects. In an absolutely amazing geographical setting, in a «spur» of the gulf referred to as the «Fishery», somewhere at Constanta’s northern limits towards Mamaia, where the strip of land between the sea and Ghiol lake is minimal, is  located the «Spectrum» Residential Complex, proposed by us.

In this land «spur», the placement of «sea guards» appeared as an absolutely extraordinary theme.Observing the place from the land and from the sea, I realized that the situations are somehow different. If, when looked on from the land, the sea was overwhelming in intensity and greatness, not the same thing could be said about the vicinity with the buildings on the waterfront. A mix of houses and apartment blocks built during various periods of time, one looking poorer than the other and without personality, conveying a sensation of poverty, sadness, lack of optimism, lack of courage. The list could go on…

The fact that an open «manifesto» could mean a rebirth of these places became obvious from these initial observations.The appearance of the «guards» should have been set against these aspects: coming from the waterfront, you almost failed to notice them and coming from the water, they should have become that presence of major impact, overwhelming, intriguing and fascinating, which on the one hand disturbs, but on the other creates history in a place devoid of history and identity.

This play between transparence and invisibility on the one hand, when you are walking on the waterfront, and between presence and materialization, when at sea and on the shore, made me think of crystals. Crystals are of that materiality which makes us either regard them as pieces of glass in a context, or as a sublime play of colors and spectral illusions of that materialized «something»…

What could be clearer, in this case, than the fact that our «guards» on 13 levels should have become crystal «incarnations», forever in charge of guarding the Fishery Gulf? In order for the optical illusion effect to be perceptible from all sides, additional chamfering of the newly created surfaces was required. The invisibility, the chameleonic are best conveyed by mirror-like, silvery surfaces. Just like the clouds and the sky reflect on the silvery belly of a plane, the same way the silvery surfaces of the facades that we perceive from the land, which disappear in the background with the sea and sky, turn their presence into a prolongation of the natural landscape. The «spectral crystallization» of the facades looking onto the sea ends the story about the things above, make everything appear unreal, hallucinating, filtered, illusive… It is a mental-visual trance that you welcome and which remains in your mind, in your senses, in the conscious and subconscious.

If we also want to know what these «characters» shelter, we might as well mention here the apartments the living rooms of which are provided with balconies that generally face the  sea, on the spectral facades, while on the side with silvery facades, towards the land, there are the bedrooms. A strong community space was created upon our suggestion, following models already established in other countries, on two underground levels (along with the parking lots). In the community spaces we also find a swimming pool, a fitness area, halls of private events, a laundry, a bar with a mini restaurant, appurtenances.

The concept of this complex, as a complex developed not only speculatively, is largely due tothe beneficiary, who did his best not to «ruin» the story of the project in all its development stages. Architects, the world is not lost! There still are kind-hearted beneficiaries!... 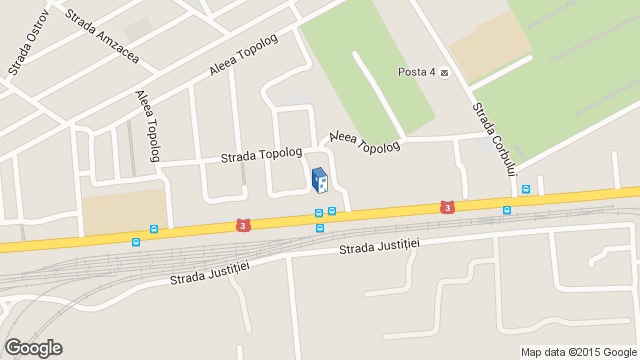 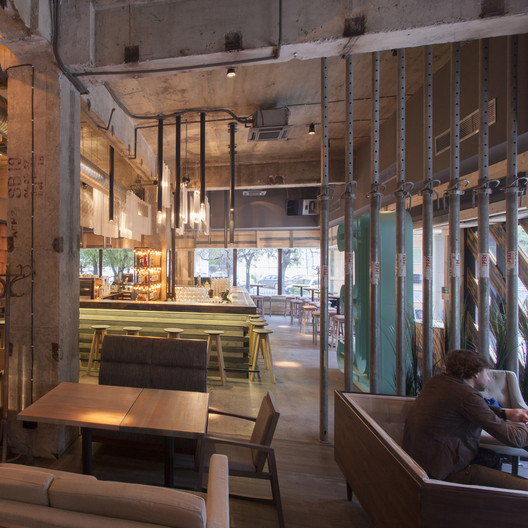 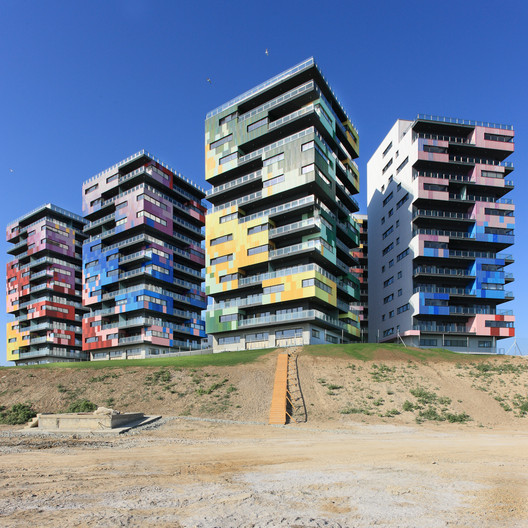