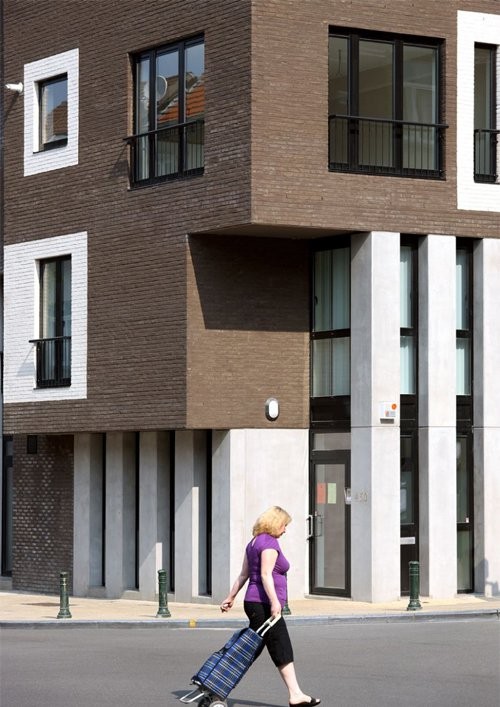 The Crime of the “Dirty Puss” (Sale Geuele – Francis Bacon)

The corner remains marginal, allowing the appearance of another identity. Set back within this corner, it remits us another image of ourselves. Understanding this setting back is the start of an introspection – the emerging architectural project becomes the body of an ambivalence between integration and retraction. To avoid the renunciation, the project integrates the notion of being an eye-catcher. The views and their relationships appear as the foundation of the project. They sculpture the basic volume, transform it, the relationship with its environment beomes sublime.

This strategy of the project is neither the one of affirmation, nor the one of effacement: It is the one of the everyday. We find it back in the volumetric expression of the project, comparable of the portraits of Francis Bacon, a dirty puss that is amusing itself.