Text description provided by the architects. The main feature of this Project is the duality in the occupation in the plot, with most of the building concentrated in one side, while in the other the occupation is lower. This is due to the necessity of building the project in phases. The building was decided to be in a plot occupied by the old high-school which had to continue opened for the students while phase I, corresponding to the teaching spaces, was executed. Later, once the students were transferred, the old building was demolished to allow the construction of phase II.

The 17.500 m² plot, located in eastern edge of Carcaixent town, has a North-South gradient of 4 m and it borders on the beautiful orange groves very typical on this valencian area. These conditions led the design to lay three parallel slabs in comb arrangement with their longitudinal axis in North-South direction. They house the teaching spaces, leaving for phase II all the spaces with common uses such as the sports area, the gym, the changing rooms, the cafeteria, the administration offices and the entrance porch.

The teaching buildings are organized laying the classrooms and workshops at both sides of a central corridor. Students’ lockers are locates in this corridor perfectly integrated in the spatial and chromatic composition. This circulation space is lit through the classrooms thanks to a row window located on the top and it allows the visual continuity of the ceiling.

Transversely the main corridor links the three buildings and gives access to the stairs. This circulation has a similar section to the slabs’ corridor: it contains the lockers forming a part of the enclosure and it has a row window on the top. Additionally, when it runs through the patios, the façade opens totally so that the fields can be seen from the inside. On the other façade, the corridor has a double skin. The exterior one is made by vertical slabs in different colors and it strengthens the duality of the building materializing the limit. The rest of the façades have a row window with adjustable slabs. Thanks to that, there is a total control of the light entering the classrooms as well as a continuous and homogeneous image of the panes. The most used materials in the building are brick and concrete. They have great durability and low cost maintenance.

The main access to the facility is located on the opposite side of the plot so it is possible to get an overall view of the whole building. Therefore, there is an approach promenade ending in a big canopy that opens to the outside being at the same time closed by a concrete wall and ceiling next to the administration offices. The dimensions and scale of the canopy are repeated in the hall but voids are closed by u-glass panes that filter light. This double-height space is finished with wooden panels providing a warmth atmosphere. 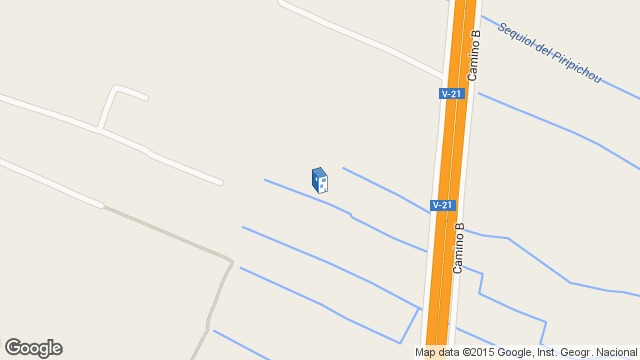 Location to be used only as a reference. It could indicate city/country but not exact address.
Share
Or
Copy
About this office
Victor García Martínez
Office
•••