Text description provided by the architects. The intervention is located in the upper part of the village, in a magnificently sunny place and with privileged and spectacular views, as a result of the pronounced and eventful topography. The proposal tries to regularize and arrange, in the most harnessed possible way, different exterior spaces, at the same time it aims to achieve a good connection and orientation of the different program parts.

The area of the new terrains ceded by the Town hall (initially planned for executing the building expansion) located in the west sideof the school enclosure adapts for aprimary playground, including two sports courts, through a terracing system. So it is expected that in the most topographically complex part of the site all works are only of urbanization, looking for the greatest simplicity both constructive and economic. At the same time the unevennesses are made according to an ecological wall system like Geofix, to minimize the visual and economic impact, of the overall intervention, looking for maximum integration in place

The building extension is proposed aligned with - Alberes street, at the site of the previous sports ground, and located in a parallel way but separate, in front of the existing building. This position looks for, on one hand, a simple connection scheme with the existing building, a very simple construction, an easy independent access, and compact, leaving the rest of the outside space as playground. On the other hand, the separation from the existing building, by creating a linear courtyard, seeks to ensure a good lighting and natural cross ventilation of all the spaces, including circulation areas.

The new building is developed in a single volume, combining one and two floors, corresponding to the program of the infantile area (3-5 years) and the dining room, on the ground floor, and gym-changing rooms, on the first floor coinciding with the height of the inferior sports grounds. Meanwhile the existing building is intended entirely to the program of primary school (6-11 years)  and administration.

The overall ordination of the intervention and the program ordered arrangement, both in floor and in section, allows to structure the courtyards independently according to the uses and, simultaneously, to organize and create a separate and independent access for the students of infantile, primary school, and other spaces such as the library, the AMPA, and the kitchen. Similarly, because of its position, the area of sports courts and gym has a secondary access, from Joan XXIII street, allowing people to use these installations, independently of the school schedule.

The arrangement of the openings in the facade and the walls of uglass lookfor to intensify the maximum luminosity of the interior spaces. In the choice of materials, such as exposed concrete, painted mortar, hpl coatings, waveform sheet metal and uglass enclosures, we have taken into account factors such as durability and ease of maintenance. 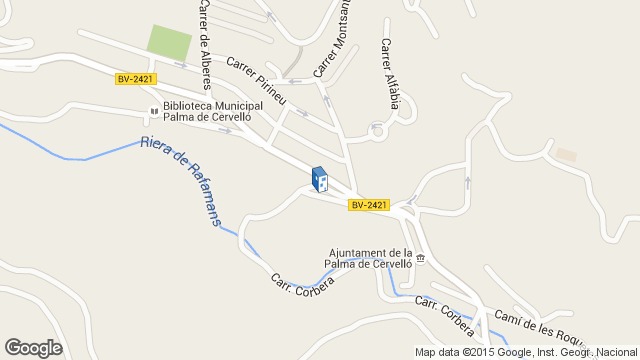 Location to be used only as a reference. It could indicate city/country but not exact address.
Share
Or
Copy
About this office
Sierra Rozas Arquitectes
Office
•••