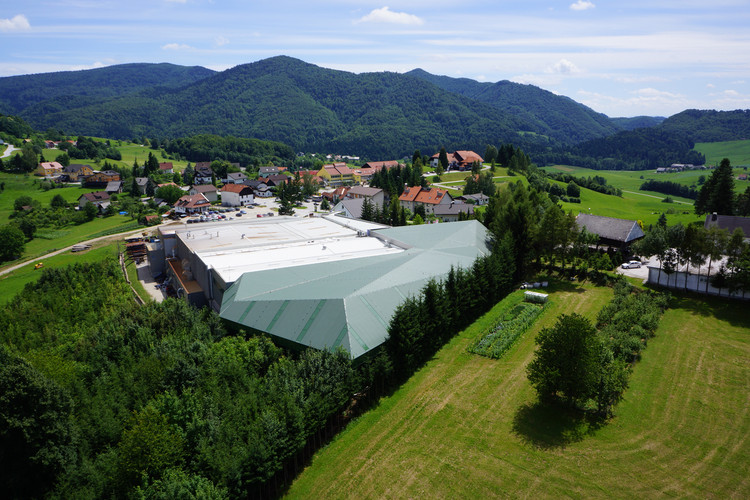 The factory Tajfun is located in Planina near Sevnica in the heart of the Kozjak mountains. Tajfun is one of the largest manufacturers of forestry equipment (winches and wood splitters) in the world.The factory has expanded its premises with an assembly and storage facility.

The floor plan of the assembly and storage facility is designed so as to extend to the borders of the plot, which has an irregular polygonal form. The main starting point in the design concept of the facility was the issue of how to bring the new building closer to the typology and morphology of the existing construction in the settlement, which consists mainly of individual residential houses, and how to link the new facility with the existing factory.

A snail’s shell becomes the design tool; a snail’s shell that turns around the corner in a spiral, leans on it, and opens towards the courtyard. The opening thus becomes an entrance and a jutting roof to shelter heavy-goods vehicles. The facility features a crystalline form and is embedded in a green circle of trees. 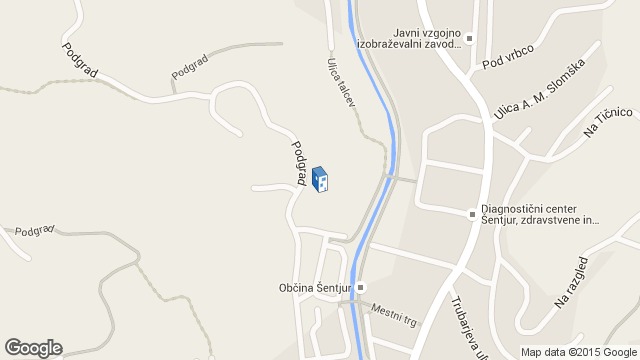 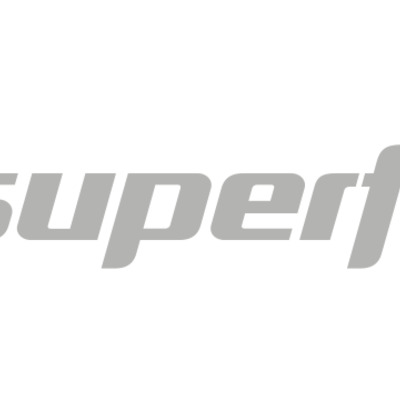