PlusUrbia , an architectural and urban design firm, led the design of the new trade/commercial district in the Port of Miami in collaboration with GSHstudio, OskiStudio and studioLFA. The team developed a concept coined “Port-Side Miami” to become the city’s new commercial district on the west end of the Port’s Dodge Island, which was designated by the “PortMiami 2035 master plan” to be developed into office space, retail, restaurants and a number of high-end hotels.

More images and the architect´s description after the break.

In an invitation-only RFQ for a master plan, the designers were given a set of parameters that dictated an intricate solution by means of phasing the project over time in order to minimize the effect on the port’s functions and to retain the existing buildings until the last phase. In addition, PlusUrbia’s team, following the RFQ’s guidelines, refrained to design specific buildings and maintained a generic/volumetric look to the design with the intention of later engaging other architects to provide the architecture.

Endowed with a privileged location, the site affords its buildings with outstanding views of Miami, Key Biscayne and South Beach. As such, Port-Side was designed to become a key upscale destination for residents and visitors alike, including retail, office and hotels that would provide round the clock activity as well as supporting one of the busiest cruise ship and cargo terminals in the US. The project aimed to transform Port Miami into an anchor for South Florida as well as setting a new standard for waterfront development.

The master plan’s building disposition was designed to emphasize its iconic nature while using downtown Miami’s scale and intensity as reference. Port-Side’s master plan is envisioned as an immediate extension of downtown while maintaining its identifiable urban island feel.

The proposal would become a destination by simply its physical attributes, engaging the water’s edge in a variety of ways (pedestrian and vehicular promenades, plazas and waterfront parks) supported by shops, boutiques, cafes and restaurants on the water.

The new district retrofits and extends existing infrastructure (Caribbean Way) as its pedestrian and bicycle access extending the City of Miami’s plans for its river-walk that connects the river to Bayside Marketplace, Bayfront Park and proposed future plans that may possibly include other means of public transportation. 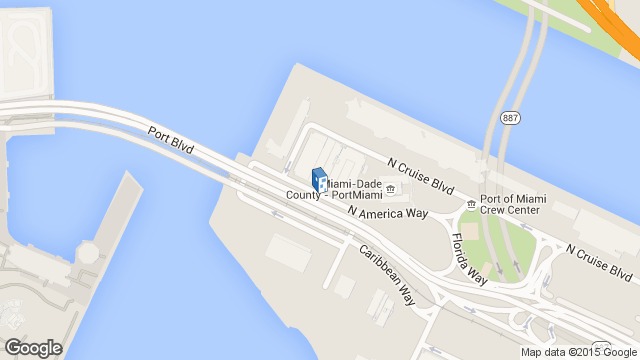 Location to be used only as a reference. It could indicate city/country but not exact address.
Share
Or
Copy
About this office
PlusUrbia Design
Office
•••