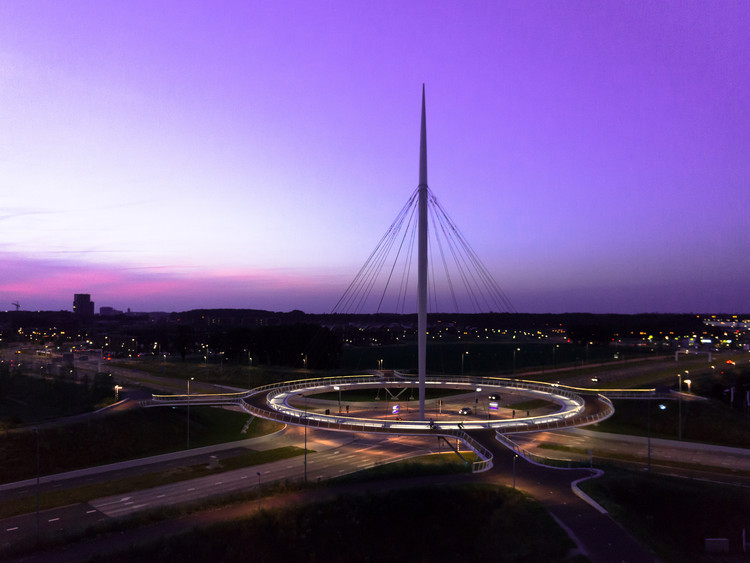 Text description provided by the architects. In the summer of 2012, design office ipv Delft realized one of its most talked about cycle bridges to date: The Hovenring in the Dutch city of Eindhoven. The cable-stayed bridge offers cyclists and pedestrians an exciting crossover. With its impressive 70-metre pylon, 72 metre diameter, thin deck and conspicuous lighting, the cyclist roundabout is a new landmark for the city.

Like a flying saucer, the steel bridge hoovers above the Heerbaan/Meerenakkerweg intersection, its impressive pylon marking the entrance way to the cities of Eindhoven and Veldhoven. There used to be a level crossing here, but the development of a nearby housing estate meant the intersection needed changing in order to cope with growing traffic. As Eindhoven City Council refrains from cyclist underpasses and didn’t want a level crossing roundabout either, they asked Dutch bridge specialist ipv Delft to look at possible solutions. A circular cable-stayed bridge soon appeared to be the best option.

Structure
The bridge comprises a 70-meters high pylon, 24 steel cables and a circular bridge deck and is made out of steel. The cables are attached to the inner side of the bridge deck, right where the bridge deck connects to the circular counter weight. This way, torsion within the bridge deck is prevented. The M-shaped supports near the approach spans also ensure stability.

One of the challenges of the design process was the spacial integration. The existing infrastructure and buildings set the boundaries for the grades of the slopes leading up to the roundabout. As space was limited, it was decided to lower the ground level of the intersection underneath by a metre and a half, allowing for a comfortable slope for pedestrians and cyclists.

Tailor-made
The design and building process offered many technical challenges as well. Ipv Delft had a very clear view of what the bridge should look like: little more than a thin circular bridge deck and a powerfully shaped pylon. Amongst other things, this meant the standard way of attaching cables to the pylon wouldn’t suffice, as it would result in a bulk of steal near the pylon top. Therefore, a tailor-made solution was designed. The same applies to the M-shaped supports near the span bridges.

Lighting design
Befitting Eindhoven’s identity as the ‘City of Light’ (Eindhoven is home to the Philips company), ipv Delft also made a lighting design for the Hovenring. One of its main elements is integrated into the circular deck. The space in between counter weight and deck has been fitted with aluminum lamellas, translucent sheeting and tube lighting, which results in a clearly visible ring of light at night. Together with the illuminated pylon, the ring of light ensures the bridge’s spectacular appearance at night./ The functional lighting is integrated into the railing, where LED-lighting illuminates the bridge deck and ensures facial recognition of the bridge users at the same time. Lights attached to a cable framework in between pylon and bridge deck and to the inner surface of the circular counterweight illuminate the intersection underneath.Both day and night, the pylon bridge is a true eye-catcher, spectacular in its simplicity. 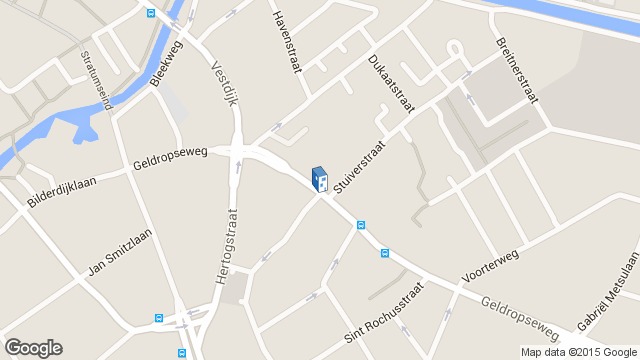 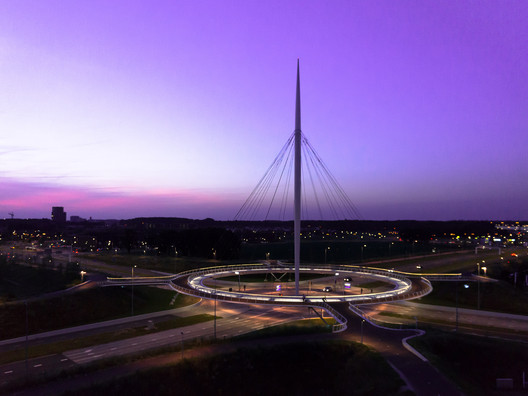