Save
AD Round Up: Shanghai Pavillions Part II
Share
Or
Copy

Shanghai World Expo 2010 is closer every day, and new pavillions from all over the world have arrived to ArchDaily. So to start this week of Round Up, we bring you our second part (see the first one here), of previously featured pavillions for Shanghai.

Chile Pavillion chilean government presented the design for the Chilean Pavilion at the Shanghai Expo 2010. The 2000sqm pavilion, named “Sprout of a New City” was designed by Sabbagh Arquitectos. This was the first Latin American country to sign their participation on the Expo with their own pavilion. The government emphasized that this pavilion will strength the relation between both countries (read more…)

Italy Pavillion The project, from Iodeci Architetti, proposes a building which integrates a typical model of the Italian urban building, with the architectural structure of the Chinese construction game called Shanghai. More images and architect’s description after the break. The pavilion covers an area of 3.600 square metres and is 18 metres high. Inside it is divided into irregular sections (read more…)

Brazil Pavillion AsBEA (Brazilian Association of the Offices of Architecture) and APEX (Brazilian Agency of Promotion of Exports and Investments) have announced the winning project to represent Brazil in the Shanghai World Expo 2010. Architect Fernando Brandão won with a design based on the “Pulsing Cities” of Brazil. The inverted parenthesis on the facade represent that pulsation (read more…) 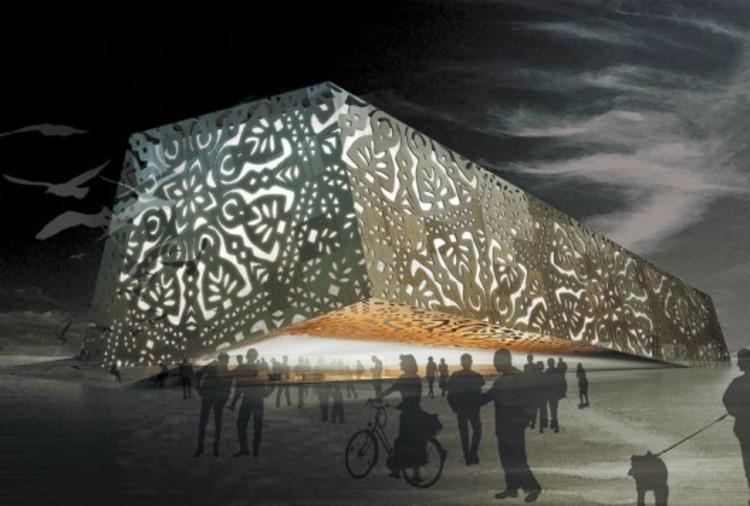 Poland Pavillion WWA Architects have created a conceptual design for Shanghai Expo 2010. With the exhibition housing pavilions from countries all over the world, each pavilion must provide a strong aesthetic message to attract visitors and then provide insight to the country. WWA’s pavilion creates a distinct stylistic motif taken from the folk-art paper cut-out to create a “memorable cultural ideogram” (read more…)

Canada Pavillion The 6,000-square-meter Canada Pavilion, among the biggest at the site, will feature an exhibition themed “The Living City: Inclusive, Sustainable, Creative.” It is expected to welcome up to 5.5 million people or 30,000 visitors per day during the six-month Expo period. The pavilion will be anchored by an open public place and surrounded by three large structures (read more…)