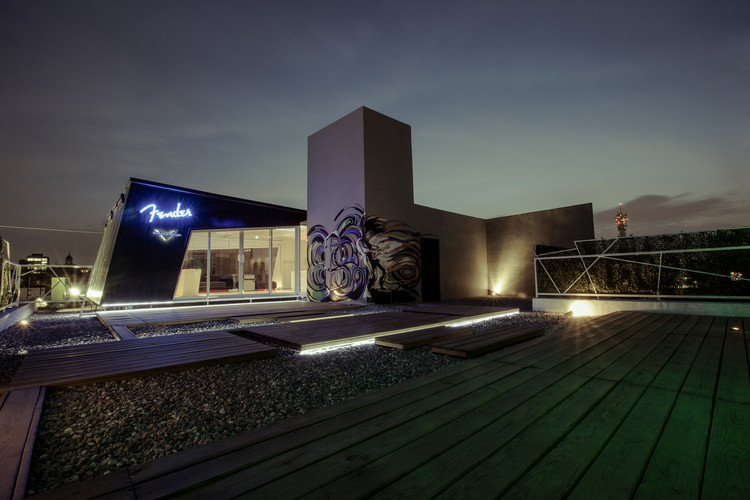 Text description provided by the architects. Located within the historic center of Mexico City, on the rooftop of one of the most important themed stores of the music scene, the Fender Custom Shop Mexico City is Latin America's first Fender store and follows a different concept from those in other countries. The basic concept for the development of the project was an architecture conceived as temporary, a sort of hybrid space that could function equally as a store, an art gallery, a meeting space or a lounge; together with music, a short-lived happening and the idea of the guitar as an anthropometric unit of measure.

The volume in the form of an irregular polygon represents the movement of the vibration of music. The roof is composed of eight sections which slope in different directions and at different angles, generating patterns of natural light in the interiors. Lighting, a key element in the design process, was conceived according to use and function. The mass of the buiding appears on the rooftop as if sitting on light.

Inside, the project comprises a guitar display area, a lounge, a storeroom and restrooms. The exterior is a timber and stone platform with a level stage, framed by means of an arc of vegetation that directs the eye towards the city vistas. The immediate urban context, however, lies behind a balustrade of asymmetric motifs that serves as a visual barrier. The elevator shaft is the vertical axis around which the different areas are distributed.The reduction of the original budget by two thirds did not affect the initial design. Instead, it prompted experimentation with simplification of the materials used and construction methods employed. The timeframe for completion was three months.

The building is a metal structure clad in Multypanel. The sturdiness of this material, its acoustic and thermal properties and its low maintenance make it a suitable choice of finish. The simplicity of the interior floors and walls in white-painted pinewood, together with the exposed structure in matching colors -integrated rather than concealed- are in sharp contrast to the brutalistic exterior painted dark.

Integral to this project are furniture design and the choice of materials: in the walls and display niches, the armchairs finished in acoustic foam and a counter in high-shine white polish. The feature ceiling panels use an asymmetrical pattern that is a repeat of the external balustrade; the graphics on the store front suggest tattoo art. 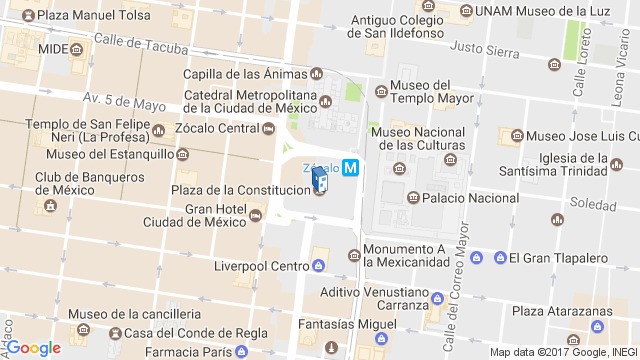